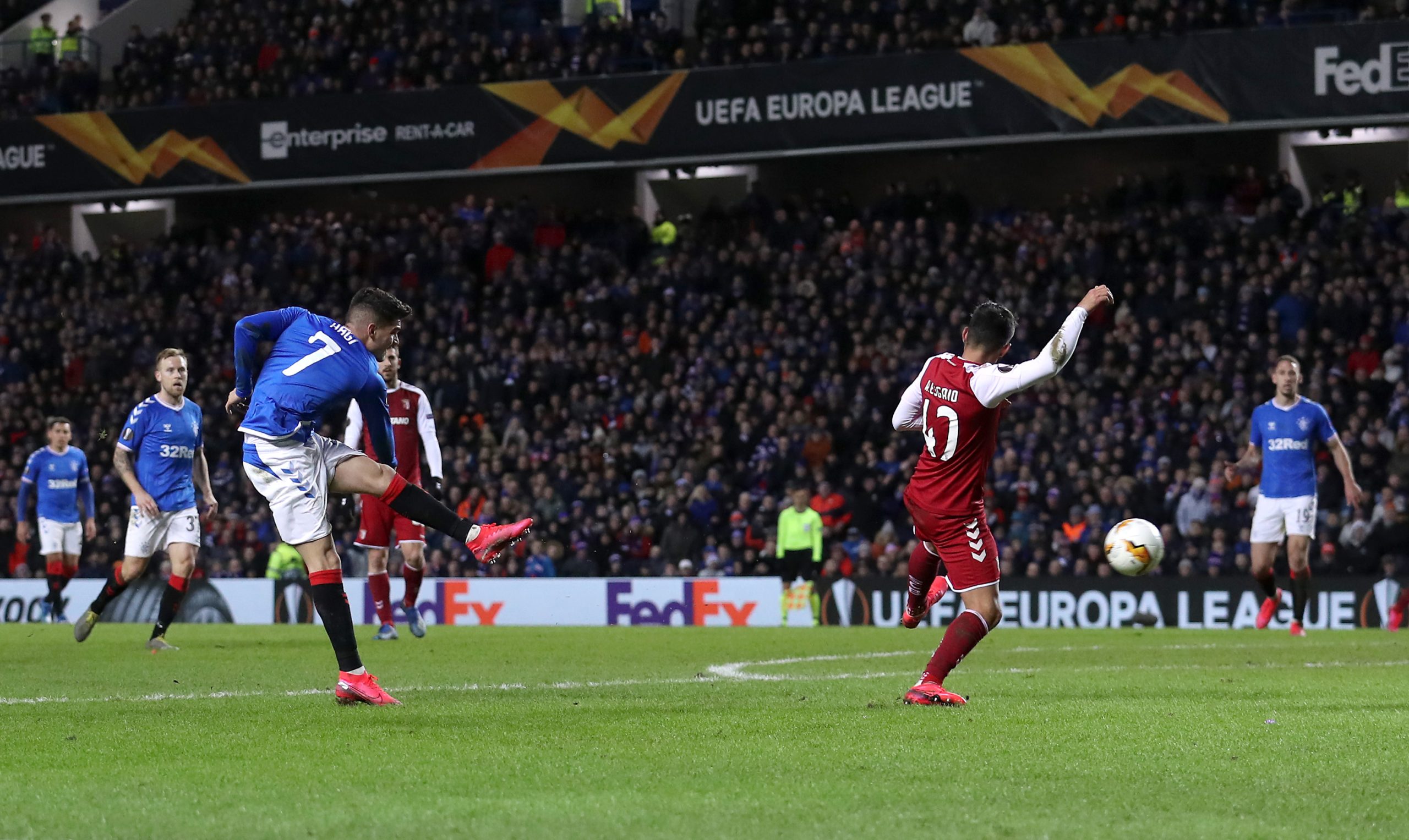 Steven Gerrard has lavished praise on the Newcastle midfielder Ianis Hagi after his Europa League heroics this week.

The January signing inspired Rangers to a memorable comeback against Braga. Despite going down 2-0, Rangers managed to win the game.

Hagi scored a fantastic brace and his overall performance was outstanding. The attacking midfielder produced moments of magic when his team needed badly.

Gerrard believes that Hagi managed to produce such a performance not just because of the talent he has. The youngster has a lot of fight in him and he wants to win.

His desire to succeed drove him on to such a performance during the midweek.

Gerrard said (cited by Daily Record): “Ianis Hagi’s an outstanding talent and that stage was made for him. There was a lot of pressure on him, his dad was in the crowd tonight for the first time at Ibrox. He’s got fight in him. It’s not just talent, it’s fight. He wants to win. It was him who provided the magic and spark to get us back into the game.”

Hagi will be delighted to hear these comments from his manager and he will be hoping to continue his impressive performances until the end of the season.

The player is currently on loan at the Scottish club but Rangers have the option to sign him permanently for a fee of around £4m.

Based on his performances so far, it would be a no-brainer.

It is evident that Hagi is worth a lot more and he can go on to become a superstar for Rangers.