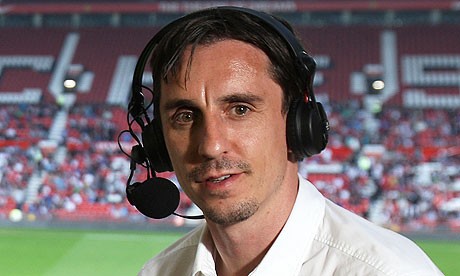 The Reds have won all of their five opening league games convincingly, and are now five points clear at the top of the table.

Manchester City are behind them in second place, and while there are still 33 games left in the campaign, some believe it’s not too early to tip Liverpool to go all the way and win the league.

The defending champions are set to be without Aymeric Laporte for months, and failure to replace Vincent Kompany is proving to be a poor decision.

The absence of the Frenchman will most likely deal a huge blow on Man City’s chances of retaining the title, and Manchester United legend Gary Neville believes this season could be Liverpool’s best chance to beat them to it after missing out by just a point last term.

The pundit had just a one-word reply when asked if this season was Liverpool’s best chance to win the league during a Q&A session on Twitter:

Liverpool have never won the English Premier League, but have always come close.

Rafa Benitez and Brendan Rodgers’ both came within touching distance, and Jurgen Klopp will hope this term is when things finally fall in place for the Anfield outfit.