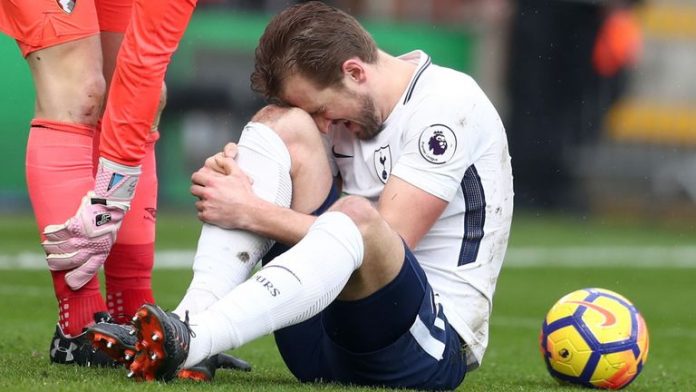 Tottenham star Harry Kane picked up an ankle injury during his side’s 4-1 win over Bournemouth last night and the former Spurs striker Gary Lineker has reacted to the news on Twitter.

Lineker wished the England striker a speedy recovery especially with the World Cup on the horizon now.

Kane has been England’s best player for a while now and Southgate cannot afford to lose him. There is no confirmation how long the 25-year-old will be sidelined for. It would be quite surprising to see him miss the World Cup which is 3 months away.

Pochettino has revealed that the player will undergo scans to determine the extent of the damage today.

The Tottenham striker has scored 35 goals in 39 games for his club so far this season and the Londoners could be without him during this business end of the season.

Spurs are still fighting for a place in the top four and Kane’s injury could be a damaging blow. Meanwhile, they will be hoping to win the FA Cup as well.