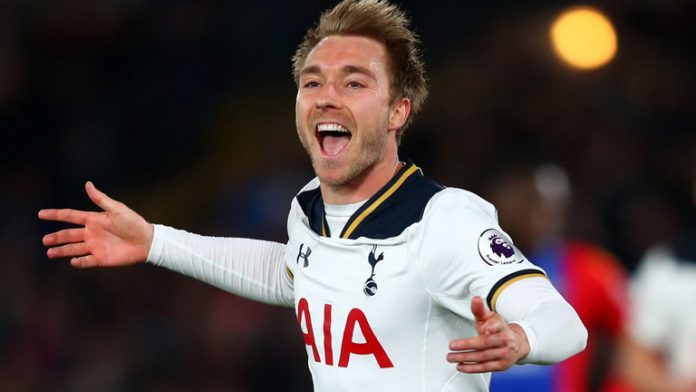 Tottenham Hotspur have reached the semi finals of the FA Cup after beating Swansea City 3-0 at the Liberty Stadium on Saturday.

Spurs will play the semi-final at their temporary home ground Wembley stadium, and Lineker tweeted: “Spurs are on their way to Wembley…”

Spurs are on their way to Wembley…

Spurs were without the injured Harry Kane for this tie but Christian Eriksen scored twice and Erik Lamela added another to seal the tie in their favour.

Tottenham have been heavily reliant on Kane for goals this season. The England striker has scored 35 goals in all competitions, but his absence wasn’t felt today. Lineker tweeted:

Spurs took the lead in the 11th minute through a stunning strike from Eriksen. The Dane also hit the bar before Lamela doubled the lead before the break.

Both Son Heung-min and Lucas Moura came close to scoring for Spurs in the second half but Eriksen killed off the game with his second goal in the 62nd minute.