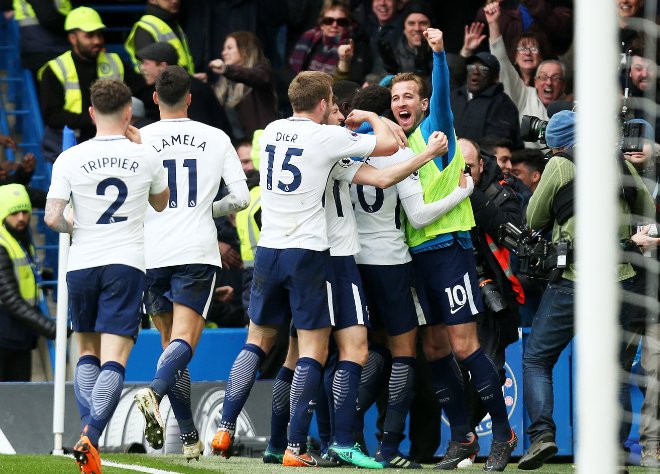 Popular football pundit Gary Lineker has taken to twitter to express his reaction after Tottenham defeated Chelsea 3-1 at Stamford Bridge in the Premier League clash on Sunday.

With this victory, Tottenham cemented their fourth position, although they could move into third if they win their game in hand.

The result is a massive blow for Chelsea who now have an uphill task in getting into the top four.

It was Spurs’ first victory against Chelsea away from home in 28 years, and surely the result and performance would please Mauricio Pochettino. Lineker tweeted:

The brilliant @dele_official surely the long wait is over for Spurs. You know you’re getting old when you’re no longer even a statistic.

Brilliant goal from Eriksen levels things on the stroke of halftime, and Spurs could possibly win at Stamford Bridge for the first time since some big-eared goal-hanger scored the winner around 300 years ago.

Chelsea took the lead in the 30th minute through Alvaro Morata. Christian Eriksen equalised for the visitors with a cracking goal just before the half time.

After the break, Spurs shifted gears, and Dele Alli scored two quick goals to take the game in their favour.

It was Alli’s first brace in the Premier League since January 2017, and incidentally that came against Chelsea at White Hart Lane.

Spurs managed 51% of possession, attempted 12 shots of which seven were on target, according to BBC Sport.