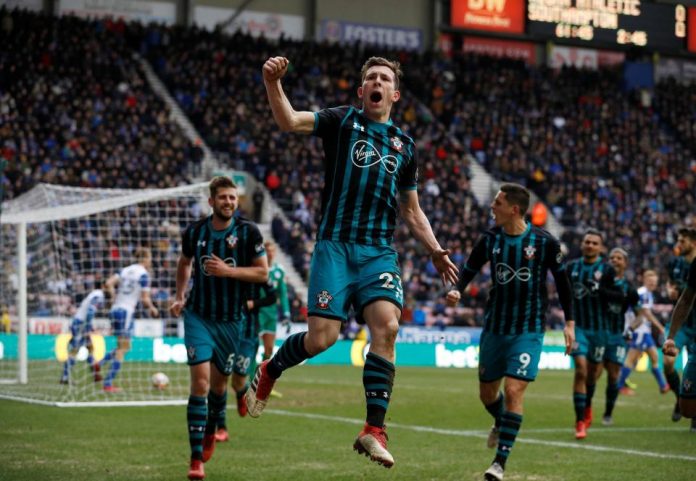 Southampton have reached the semi finals of the FA Cup after beating Wigan Athletic 2-0 at the DW Stadium on Sunday.

Not many managers lead their team to Wembley in their first game in charge. Mark Hughes is a Saint.

Wigan gave a brilliant fight and kept the scoreline 0-0 after the opening 45 minutes. However, the Premier League side showed a bit of quality with Emile Hojbjerg firing in after Christian Walton had saved his header.

The Wigan goalkeeper also made a stunning save to deny Manolo Gabbiadini from a penalty spot after Dan Burn had brought down the striker.

However, Soares scored an injury time goal to end all hopes for Wigan. It is a good start for the new Southampton boss who replaced Mauricio Pellegrino earlier this week.

The Saints are fighting for survival this season, and are 18th in the Premier League. However, the Southampton fans can hope that the victory will inject a new belief in the team and they can climb up the table in the remaining few games.