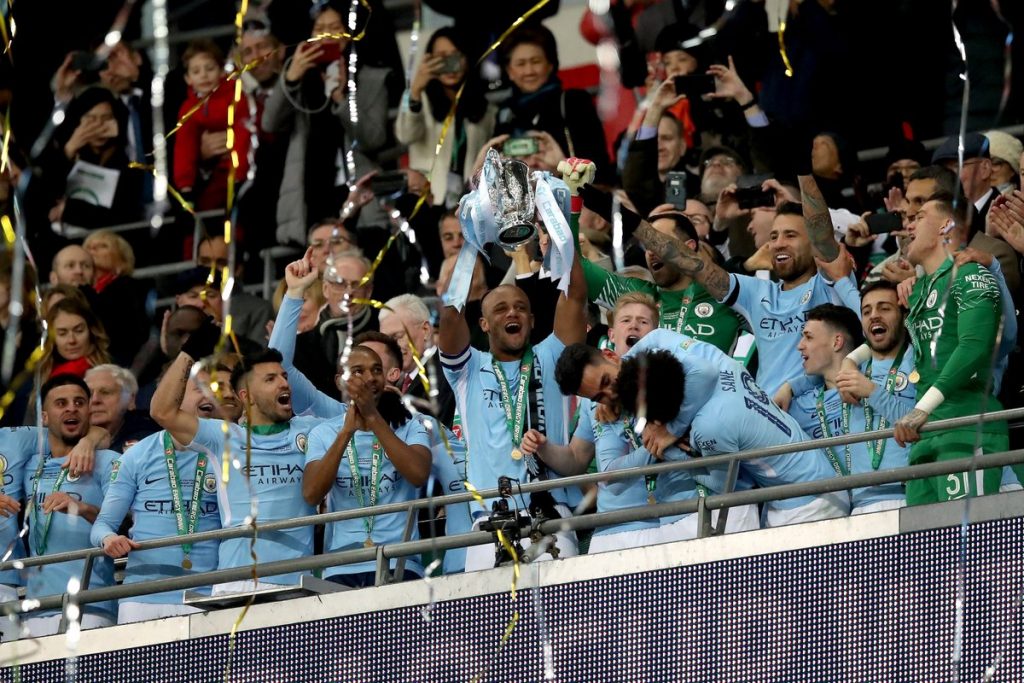 Manchester City have secured their third League Cup triumph in five years after beating Arsenal 3-0 in the Carabao Cup final at Wembley.

Former England striker and now BBC Match of the Day pundit Gary Lineker has congratulated Manchester City for their triumph on Twitter. He tweeted:

Congratulations to @ManCity on winning the Carabao Cup. The first of many trophies that Pep Guardiola will win with his superb side.

It was City’s first trophy under Guardiola, and there could be more success waiting for them as they are on course to lifting the Premier League title as well.

Sergio Aguero took full advantage of some poor defending to score the first goal in the 18th minute. From there on, it was just a one sided competition, with City growing in confidence.

Skipper Vincent Kompany scored after the break, and David Silva added the third when he smashed home from Danilo’s pass to seal the tie in City’s favour.

City enjoyed 57% of possession and registered 12 shots during the 90 minutes, according to BBC Sport.