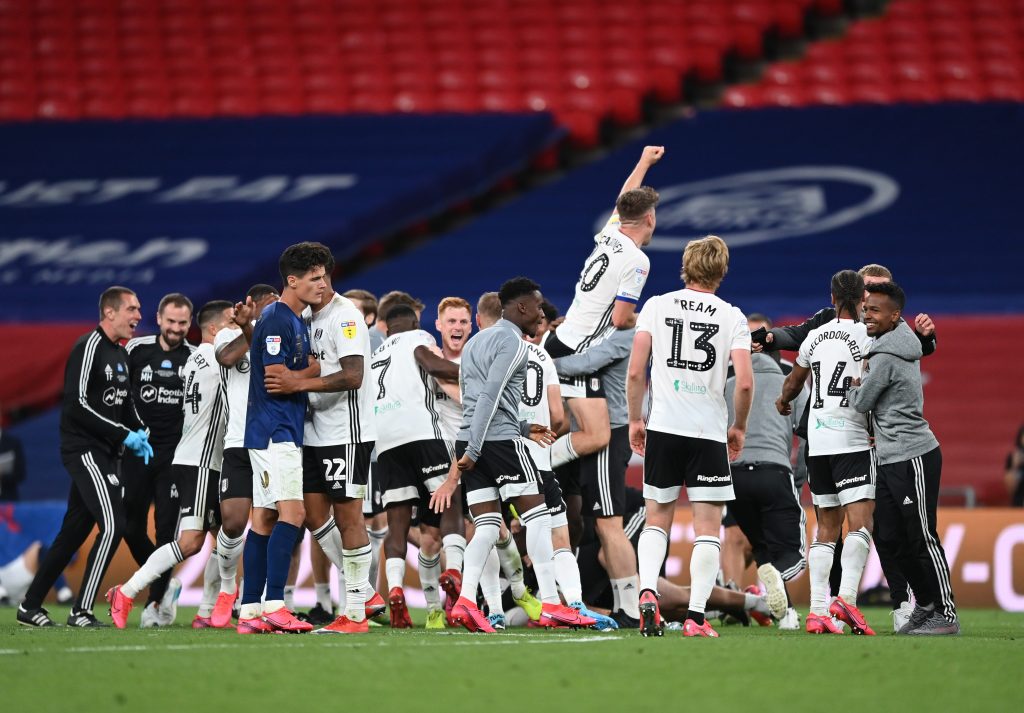 Fulham are back in the English Premier League after winning the Championship play-offs final at the expense of Brentford.

Joe Bryan was the hero of the night, scoring twice with his two shots on target in both halves of extra time to hand Scott Parker’s side a crucial 2-1 victory.

Fulham were the better side from start to finish and at both ends of the pitch, but they couldn’t find a way to score with their best finisher on the bench.

Aleksandar Mitrovic was thrown into action towards the end of normal time, but it was a defender that delivered the goods.

BBC Match of the Day presenter Gary Lineker is happy to have Fulham back in the EPL, reacting thus on Twitter after they sealed an immediate return to the English top-flight.

Congratulations to @FulhamFC on winning promotion. Great to have you back on @BBCMOTD. 👏🏻👏🏻

Fulham got relegated from the Premier League at the end of last season, but they proved that they deserve to be playing alongside the big boys, clinching a place in the playoffs, beating Cardiff City in the semi-finals and pipping their bitter city rivals to the last promotion berth.

Brentford goalkeeper David Raya was caught out by Bryan’s 40-yard free-kick right at the end of the first 15 minutes of extra time.

The left-back combined with Mitrovic to put his second goal past Raya to make the game safe with three minutes remaining, and while Henrik Dalsgaard pulled a goal back in the fourth minute of added time, it was too late for Brentford to spark a comeback, and they will now hope to hold on to their best players ahead of another season in the Championship.