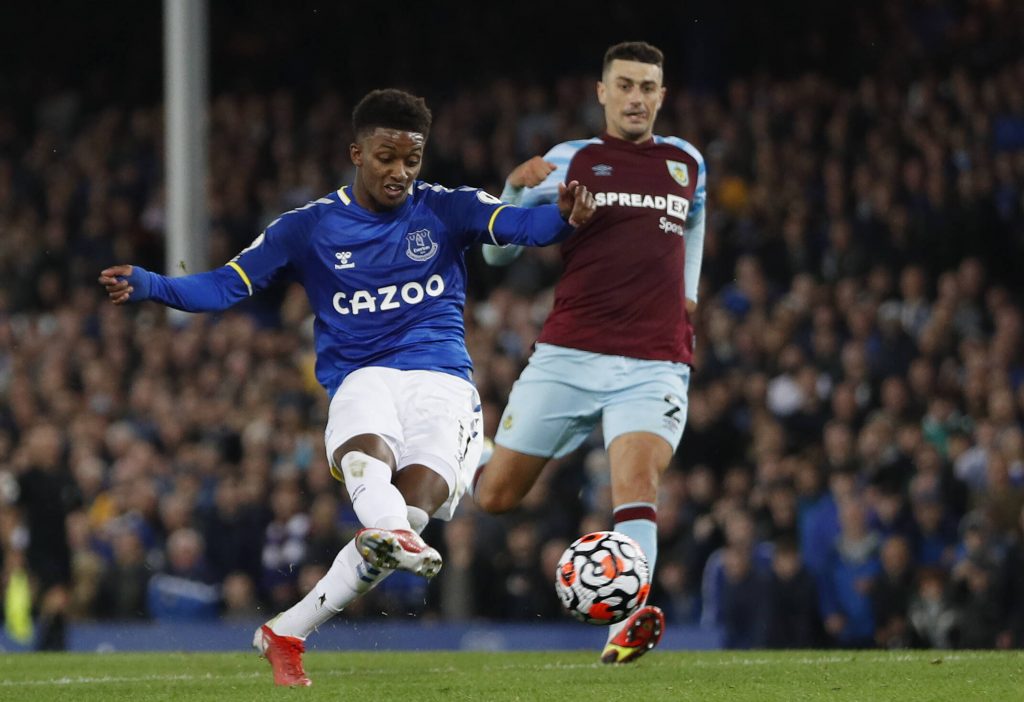 Gary Lineker has showered heaps of praise on Everton winger Demarai Gray after the Toffees won against Burnley on Monday night.

Everton won 3-1 against the Clarets at Goodison Park, with goals coming from Michael Keane, Andros Townsend and Gray.

The Toffees responded brilliantly after going a goal down in the first half. Keane restored parity with a finely-timed header meeting the cross from Townsend.

Soon after Everton took the lead when Townsend scored a worldie with a long-range effort.

In the 66th minute, Abdoulaye Doucoure found Gray with a magnificent through-pass, and the summer signing slotted home with great composure.

Lineker took to Twitter to share his thoughts on Gray. He says the 25-year-old has got a bag of potential and could become one of the bargain signings of the summer if he continues to impress.

Really pleased for @22Demarai. Always had bags of potential and if he carries on like this he may well be the bargain buy of the season.

Everton, who were very stringent with their transfer budget this summer, signed Gray on a three-year deal for a fee of around £1.7 million.

Gray has been simply outstanding this season for the Toffees, managing three goals already from four Premier League games.

He attempted four shots during the game and managed 91% passing accuracy.

Lineker also commented on Townsend’s fantastic goal. He says that the former Tottenham winger doesn’t score many but he always comes up with a special goal.

He doesn’t score that many does @andros_townsend but when he does they’re always special. What a goal.

Everton have moved to fourth in the Premier League table with 10 points from four games.

The Toffees are unbeaten in the Premier League so far, sharing the same points with the likes of Manchester United, Chelsea and Liverpool.