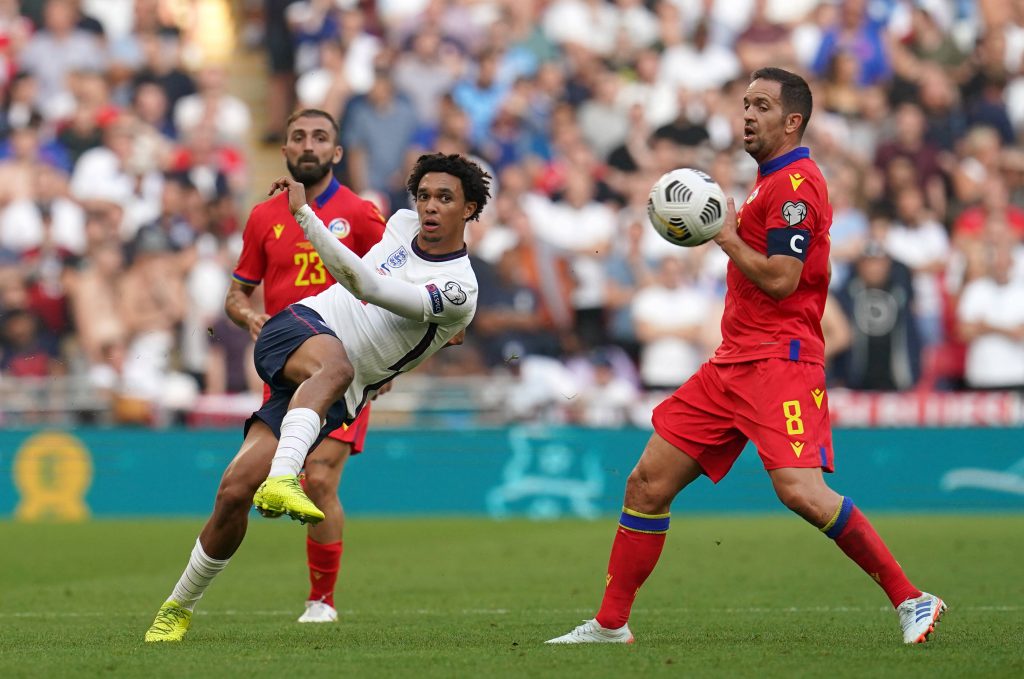 Trent Alexander-Arnold was handed a midfield role for his country against Andorra yesterday.

The Liverpool full-back is blessed with exceptional passing range and vision.

Jurgen Klopp has often been urged to use the 22-year-old in the midfield and Gareth Southgate gave him the opportunity to showcase his qualities in the middle of the park for England.

Popular pundit Gary Lineker reacted to the decision and heaped praise on the young full-back on social media.

The former England striker tweeted that Alexander-Arnold has the quality to play anywhere across the pitch and he needs to be a part of the England squad going forward.

There were rumours before the European Championships earlier on in the summer that Alexander-Arnold would be excluded from the England squad and it sparked widespread criticism on social media.

Southgate eventually included the defender in his Euro 2020 squad only for the player to pick up an injury before the tournament and miss out.

It remains to be seen whether the Liverpool star is handed a starting role for his country in the World Cup next year.

The 22-year-old is an exceptional creator for Liverpool and he could add a new dimension to the England attack. The likes of Harry Kane could benefit massively from his world-class long-range passing and crossing ability.

Alexander-Arnold has the vision to create counter-attacking opportunities for pacy wingers and he has shown that at Liverpool by combining with Salah and Mane. His presence could benefit the likes of Raheem Sterling as well.