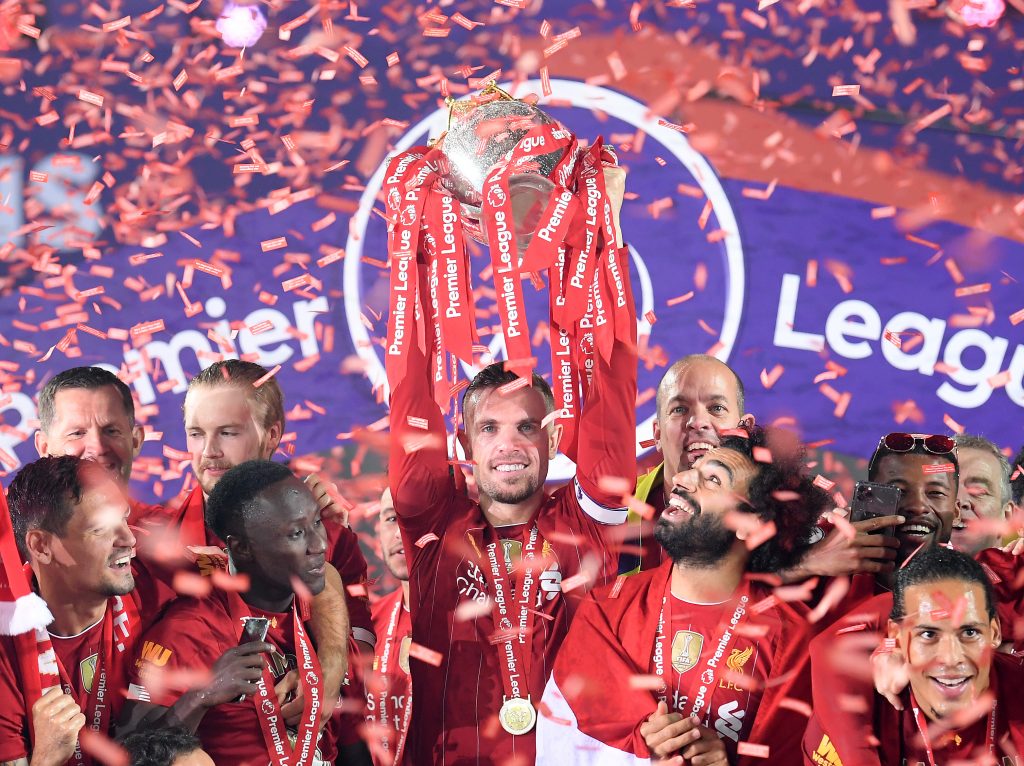 Liverpool midfielder and skipper Jordan Henderson has emerged as the Football Writers’ Association Player of the Year for the campaign.

The England international beat Manchester City’s’ Kevin De Bruyne and his team-mates Sadio Mane and Virgil van Dijk and Manchester United’s Marcus Rashford to the gong after leading his side to their first Premier League title in 30 years.

Henderson, 30, won the award with more than a quarter of the votes and could also pick up the PFA Player of the Year award for his role in Liverpool’s brilliant campaign.

BBC Match of the Day presenter Gary Lineker has reacted thus on Twitter to Henderson winning the award:

Congratulations to @JHenderson on becoming @theofficialfwa footballer of the year. Fitting tribute after brilliantly leading a superb @LFC side to the Premier League title. 👏🏻👏🏻

The Times’ Chief Football Writer Henry Winter voted for De Bruyne, but has also sent his wishes to the Liverpool captain, explaining why he is a deserved winner.

Many congratulations to Jordan Henderson #FOTY20. Captain of the champions, midfield driving force and lead organiser of #PlayersTogether, raising millions for NHS and key workers so scores heavily on FWA “precept and example”. #lfc 1/2

As expected, not everyone will agree with the FWA decision, but the fact that majority of them chose the Liverpool man speaks volumes, and it will be interesting to see if his colleagues pick him as the PFA Player of the Year.