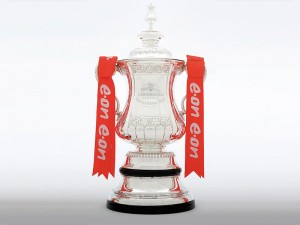 Tottenham will host Fulham in a FA Cup quaterfinal replay with a spot in the semifinals at stake.

Both clubs are based on London and are in the top half of the English Premier League. The first match at Craven Cottage ended in a scoreless draw with this match at White Hart Lane.

Spurs will be without leading scorer Jermain Defoe who has five goals in the FA Cup while Fulham could be without Brede Hangeland. David Bentley and Danny Rose could feature in the match for Spurs are resuming training recently. Tottenham striker Roman Pavlyuchenko could miss the match after suffering a hamstring injury at Stoke on Saturday.

If Spurs are without both of their starting strikers (Defoe and Pavlyuchenko) then Peter Crouch will be called on to start up top. While his goal scoring record has been solid for England, Crouch has 10 goals in 37 matches for Tottenham.

Fulham have most of their key players available for Wednesday’s match. Bobby Zamora and Zoltan Gera will likely start up top combined with midfielders Clint Dempsey and Damien Duff. Fulham are still alive in the Europa League it will be interesting to see if manager Roy Hogdson chooses to rest any players or put his strongest team available.

Even if Fulham bring their best side, Tottenham should be able to advance in a very close match.

Tottenham will win the match 2-1.