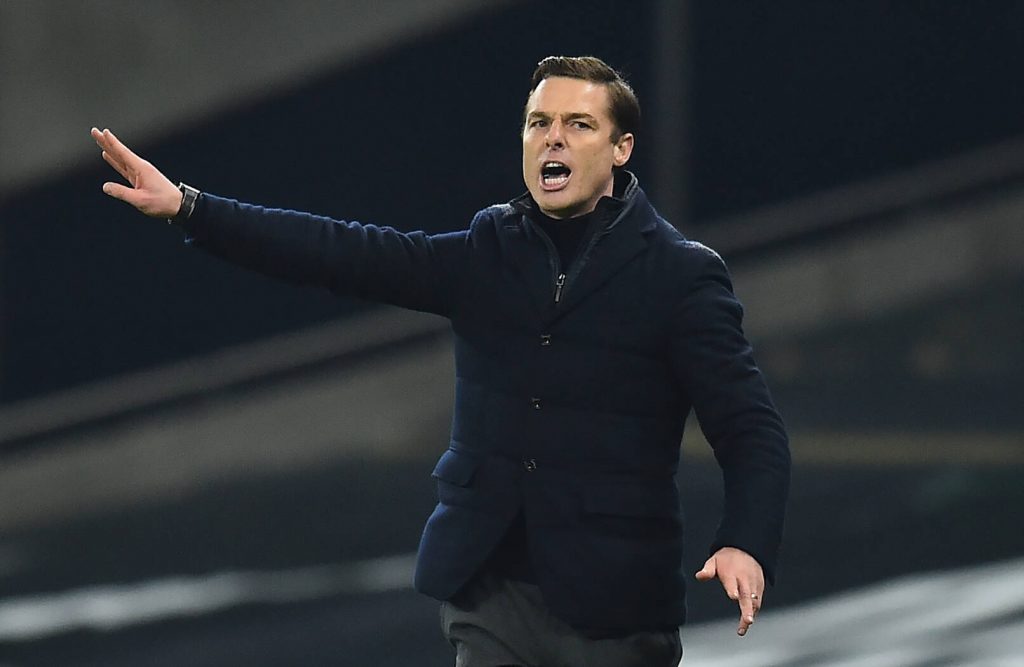 Fulham manager Scott Parker has emerged as the favourite to become Tottenham Hotspur’s next manager in recent hours, according to Football Insider.

The north Londoners have found securing a replacement for Jose Mourinho difficult, with three of their targets turning them down within the space of a week.

Ajax boss Erik ten Hag signed a contract extension with the Eredivisie club yesterday, while Leicester City’s Brendan Rodgers has insisted that he is not keen on the job.

It would take around £70 million to recruit the Northern Irishman and his backroom staff, and that has also put Spurs off.

RB Leipzig manager Julian Nagelsmann was top of Tottenham chairman Daniel Levy’s list, but the 33-year-old has since agreed to replace Hansi Flick at Bayern Munich at the end of the season.

It appears that Spurs have moved on to other managerial targets, and Parker has plenty of admirers at the club.

Levy also holds the Fulham boss in high regard, and he could be offered the job if the board is convinced of his credentials and quality.

The 40-year-old spent two years at Tottenham as a player, and his managerial career kicked off there as he took charge of the under-18s in 2017.

Parker moved to Fulham the following year to work with Slavisa Jokanovic as first-team coach, and he later replaced him as interim manager in February 2019.

He led them to promotion at the end of last term but is struggling to keep them up.

The former Spurs star is a huge fan of Harry Kane, dubbing the England international the best striker on the planet.

Parker knows the Tottenham culture well and fits perfectly into it. He is a fan of attacking football, and he can help develop the youngsters at the club.

While he is not the big-name boss the fans are craving for, he has the potential to become one of the best managers in the Premier League, and taking a punt on him could turn out well.

In other news, Spurs have reportedly identified a 29-goal Englishman to replace their striker.