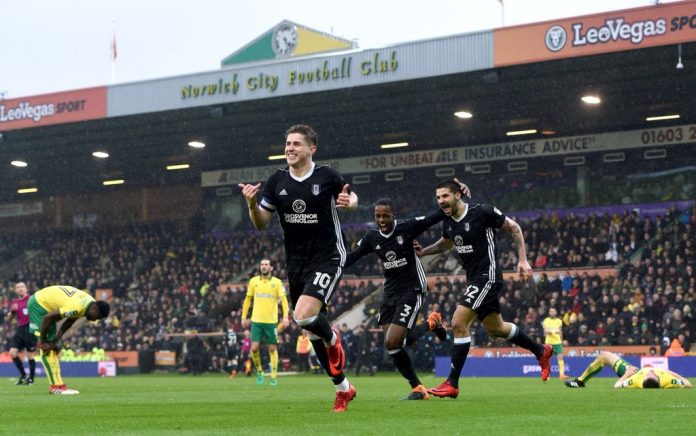 Fulham secured a vital win over Norwich last night and the Cottagers will be dreaming about promotion to the Premier League now.

Goals from Johansen and Cairney sealed a 2-0 away win for Slavisa Jokanovic’s side.

Fulham are currently third in the Championship, seven points behind second-placed Cardiff.

The club’s director of football Tony Khan took to Twitter to share his thoughts on the game and he seemed delighted with the performance. He also thanked the fans for their support and the coaches for their contributions.

Thank you @FulhamFC supporters, especially all of you at Carrow Road today for our great 2-0 win! Congratulations to the squad & coaches for another tremendous result! 17 unbeaten is very special; thank you for making this happen! Happy Easter & all the best on Good Friday! #COYW

Khan has been instrumental in Fulham’s push for promotion this season. Even the manager Slavisa Jokanovic praised the club director for his success during the January transfer window.

Fulham managed to sign the likes of Mitrovic, Christie and Targett earlier this year and they have been fantastic for the Cottagers so far.

It will be interesting to see whether Fulham choose to sign these players permanently in the summer. The fans will be expecting another blockbuster window if the club manages to secure Premier League football for the next season.