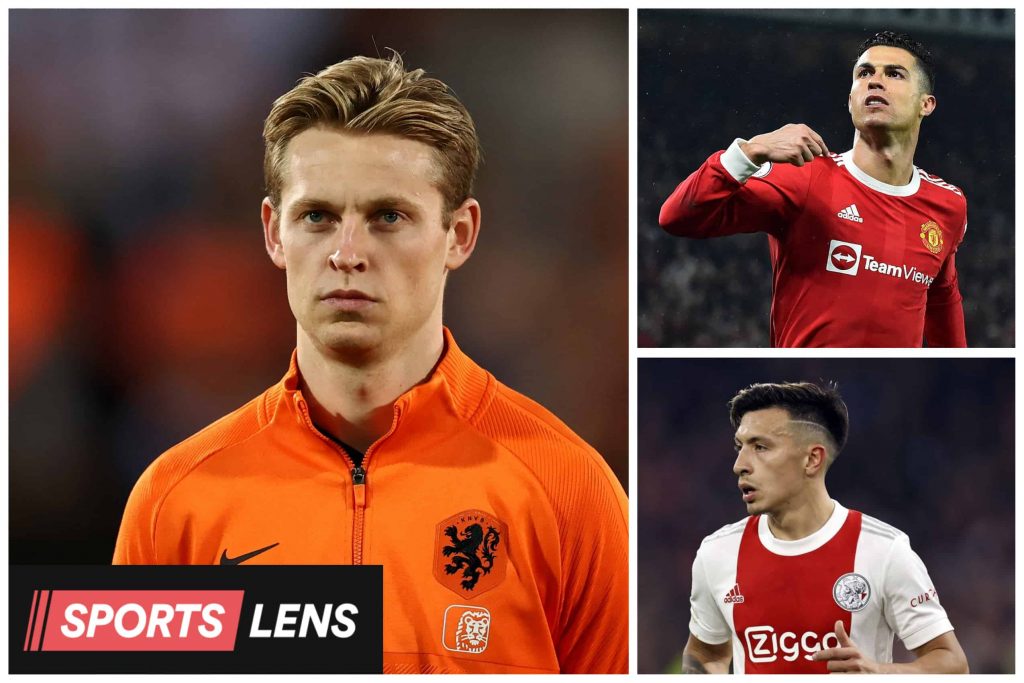 What better way to start off your Friday morning than getting stuck into the latest transfer news and rumours – read on below for a comprehensive round-up.

Tottenham Hotspur have announced the departure of Steven Bergwijn as he leaves for Ajax in a four-year deal worth £26.4m (Sky Sports).

Chelsea are set to open talks with Reece James over a new contract. The England right-back has been the subject of keen interest from Real Madrid and Manchester City (The Sun).

West Ham has confirmed the signing of midfielder Flynn Downes from Swansea in an initial £9m deal (The Mirror).

Cristiano Ronaldo will miss out on Manchester United’s pre-season tour of Thailand and Australia as he continues to deal with personal ‘family issues’ (Sky Sports).

Manchester United are reportedly edging closer to an Ajax double swoop, with key targets Lisandro Martinez and Antony both said to be keen on a move to Old Trafford (Daily Express).

Arsenal are not giving up on Lisandro Martinez however, and remains one of their key targets at centre-back. The Argentine is open to both United and the Gunners (Fabrizio Romano).

Frenkie De Jong prefers a reunion with Erik Ten Hag at United rather than a move to Chelsea after it was revealed the Blues are also interested in the Dutchman. While Barcelona President Joan Laporta is adamant the club will not sell the 23-year-old, a suitable offer may force their hand given the economic constraints they find themselves under (The Mirror).

As claimed by La Gazzetta Dello Sport and Corriere dello Sport, Matthijs de Ligt and Adrien Rabiot are targets for Liverpool, with the Reds being linked with a double swoop for the two Juventus players.

Chelsea owner Todd Boehly has been spotted in Barcelona, with the Catalans expected to seal two more defensive signings from the Blues in Cesar Azpilicueta and Marcos Alonso (The Mirror). Spanish outlet SPORT also claim Chelsea could use the two Spaniards as leverage in a huge deal to bring Frenkie De Jong to west London.

Tottenham are set to announce the signing of French international Clement Lenglet from Barcelona on loan (Daily Mail).

Manchester City and Chelsea are in advanced talks over Nathan Ake, with the Dutchman set for a return to Stamford Bridge (Evening Standard).

Tottenham defender Matt Doherty has been told he is surplus to requirements by Antonio Conte (talkSPORT).