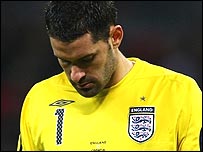 The Los Angeles Rams travel to the Raymond James Stadium to face the Tampa Bay Buccaneers in the Divisional Round of the NFL Playoffs this Sunday, and if you’re looking for free NFL Picks for the game, you’ve come to the right place. Plus, find out how to claim a lucrative $1,000 deposit bonus ahead of the Divisional Round at BetOnline.

Click here to get a $1,000 deposit bonus at BetOnline when you sign up to bet on Bucs vs Rams

Which quarterback, Tom Brady or Matthew Stafford, will move on to the Conference Championship?

We’ll be assessing both veterans’ chances below. Plus, get the latest odds at BetOnline, a full game preview, the latest team news, and our football expert’s NFL Playoff Picks for the game.

Below are the latest Tampa Bay Buccaneers vs Los Angeles Rams odds as seen on BetOnline on Thursday, January 20.

Against the Arizona Cardinals in the Wild Card round, Los Angeles (12-5) proved their championship credentials, winning 34-11:

QB Matthew Stafford (202-yards; two TDs, no interceptions) played safe, effective football, linking up well with receivers Cooper Kupp (61-yards, one TD) and a reinvigorated-looking Odell Beckham Jr (54-yards, one TD). The only shade you could throw at Stafford during the regular season was with respect to the ratio of picks thrown by the former Lion (17). But Stafford looked calm and assured out there vs Arizona, a good sign going forward.

With OBJ now back in form alongside the magnificent Cooper Kupp, and the return of RB1 Cam Akers (95-yards from scrimmage), who had missed the entire regular season with an ankle injury, the Rams offense suddenly looks complete and more than ready to duke it out with the league’s best defenses.

On the topic of defense, the Rams went to town against the Cardinals. Kyler Murray is not an easy QB to tee off on. But the Rams D, led by Aaron Donald, Von Miller, and Leonard Floyd, generated pressure at the line, sacked their man twice, hit five TFLs, and forced Murray into the third and long situations that ended up leading to an interception for Marquise Copeland and an NFL postseason record for the shortest Pick-6 of all-time for David Long Jr.

Tampa also dominated proceedings in their Wild Card Round match-up against the Eagles, winning 31-15. Missing big names, the likes of Chris Godwin, Leonard Fournette, and the now-departed Antonio Brown, Tom Brady continued to remind the world of his greatness, finishing up with 29/37 for 271-yards, and two TDs. No12.’s prime target, Mike Evans caught nine passes for 111-yards and one TD.

The Bucs defense proved throughout the regular campaign they are not a unit that allows the opposition to run the football, and this continued vs the Eagles. Miles Sanders toiled for 16-yards at 2.3 YPC, and even dual-threat QB faced an uncommon struggle to gain yards on the ground, finishing up with just 39-yards.

Things went no better for Hurts when throwing the ball either: the Bucs defense, much like the Rams vs Cardinals, stayed in his face for the full sixty, forcing Hurts to go 23/43 when passing the ball and luring him into two early interceptions.

Even after such a routine win in the Wild Card Round, the Rams won’t fear Brady and the Bucs, however. During the regular season, Matthew Stafford threw four TD passes against what was a depleted Bucs’ secondary, as the Rams romped to a 34-24 win at the SoFi Stadium.

For our money, a lot of this game is going to come down to how much-improved the Bucs now are with the likes of CB Sean Murphy-Bunting and Antione Winfield Jr, who both missed the game at the SoFi, back in coverage, and whether or not we see regular-season Stafford with the Picks, or playoff Stafford as he was last week.

The Buccaneers hope to have their RB-pairing of Leonard Fournette and Ronald Jones II back in action come Sunday but both players are likely to be game-time decisions for Bruce Arians.

RTs Tristan Whirfs and Josh Wells; C Ryan Jensen, WRs Cyril Grayson, and Breshad Perriman, as well as RB Giovanni Bernard, are all listed as questionable for the offense at present but should be fit to play some role come game-day.

On the Bucs defense, veteran LB Lavonte David and CB Sean Murphy-Bunting are also slight doubts for the game but expected to feature.

As for the Rams, coach Sean McVay will be hoping to have LT Andrew Whitworth available for the offense. The veteran is dealing with injuries to his ankle and knee.

While, on defense, LB Troy Reeder and S Taylor Rapp are both questionable at present but, reportedly, doing well in training and likely to play a role.

Another tough game to call, but we’re leaning towards the superior odds available on the Rams in this one.

The return to fitness of Cam Akers gives McVay another weapon in the offensive backfield to join the likes of OBJ and Cooper Kupp, and, as good as the Bucs D played against the Eagles -and they were good- we thought the Rams’ D’s performance vs Cardinals was even better, and just fancy the NFL’s No.3 ranked sack-unit (50 sacks) to give No.12 a hard night in the pocket.

It won’t be an easy trip to the Raymond James for Stafford and the boys. But, at +3 (-120) on the spread, we’re taking Los Angeles.

Buccaneers vs Rams Divisional Round Prediction: Rams to win a close one and eliminate the defending champions, 30-27.

By signing up at BetOnline ahead of the Divisional Round this upcoming weekend, newcomers are entitled to receive up to $1,000 in Buccaneers vs Rams free bets.