Lampard has denied that any bid has been made from Chelsea or any other club for Everton winger Anthony Gordon.

The 21-year-old has been subject of a lot of headlines throughout the week, with speculation over a move for the winger away from Goodison Park growing.

Over recent days, there has been a lot of talk focused on a transfer that could see Gordon move to Lampard’s former club Chelsea, with the London club supposedly lining up a £60 million bid for the Englishman. 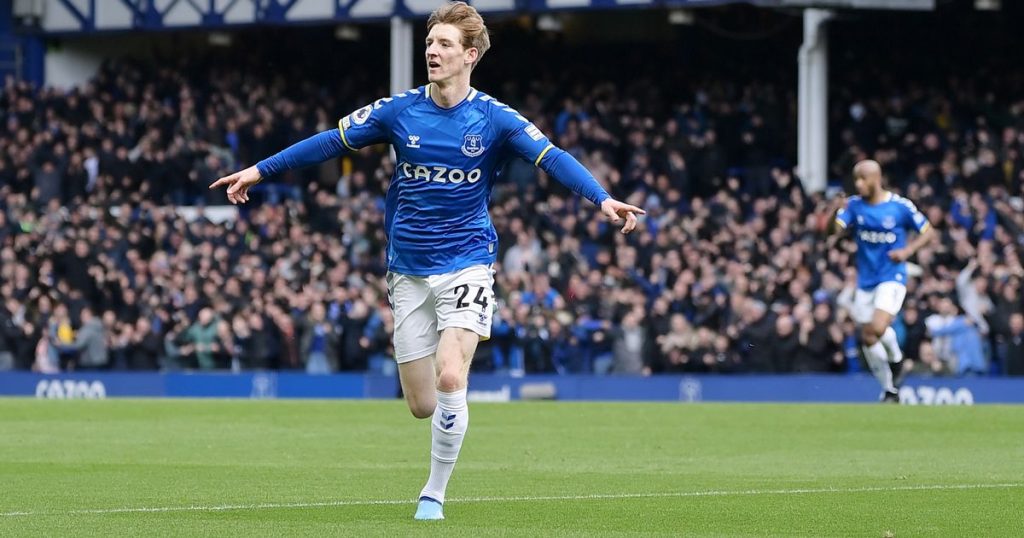 The Everton boss was quick to squash any rumours of a move on Friday morning however, as he responded to the speculation of a bid for Gordon in a press conference:

“He is our player and remains so, he is in the squad for tomorrow,” said the Everton boss.

Lampard was full of praise for his young winger, as he continued to say:

“I can’t put a number on his value to the club. I’ve been fortunate enough to work with fantastic young players at Derby and Chelsea, seen them develop and become England internationals and Champions League winners, worth triple figures (£100m+) in terms of their personal values.

“Anthony is in that bracket, he’s been a pleasure to work with and he’s ours. He’s an Everton boy, he plays for us and the crowd relate to him. It’s understandable that people would be interested in him because of the level of player that he is. The facts remain the same.”

Even though he has just four goals to his name as a professional player since he first burst onto the scene last season, Gordon comes very highly recommended by his manager and will have a lot to prove if Chelsea do submit a bid for the Everton winger.

It’s not just Chelsea who retain interest in Gordon however, with other clubs such as Newcastle and Spurs also rumoured to be keen on signing the starlet.

Gordon’s future at Goodison Park looks uncertain for now, with the window rapidly coming to a close on September 1st.