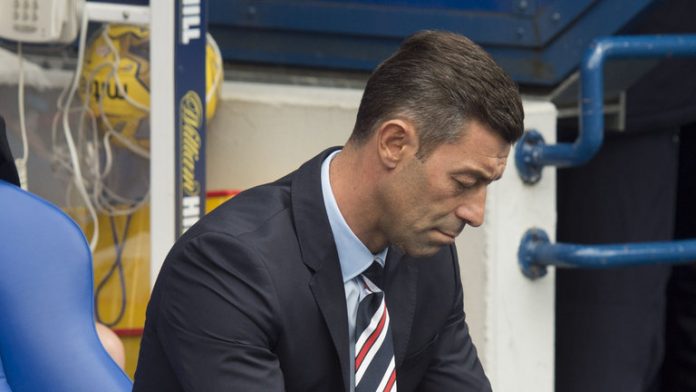 Caixinha hit out after last week’s defeat against Celtic, saying his staff and some of the club’s new signings haven’t been made to feel welcome by the squad’s Scottish players.

Provan believes Caixinha’s comments were fully-justified and he says it’s time for the players to take some responsibility for the club’s fortunes.

“Rangers’ poor start to the season has cost him every ounce of slack,” Provan told the Scottish Sun.

“If Caixinha believes the Scots aren’t doing enough to integrate the foreigners, why shouldn’t he tell them to their faces?

“In a dressing room leaking gossip like a sieve, some players need a good look in the mirror.”

Rangers currently trail Celtic and Aberdeen by six points after eight games of the Scottish Premiership season, leading to people suggesting Caixinha should be fired.

Provan believes Rangers should have targeted Aberdeen boss Derek McInnes, but he insists chairman Dave King must now stand by Caixinha for the foreseeable future.

“OJ Simpson’s brief would struggle to make a case for Pedro the way things stand,” he added. “Humiliation in Luxembourg preceded a poor start to Rangers” league campaign.

“At the very least, the Ibrox outfit should be finishing second ahead of Aberdeen. But the new season isn’t out of nappies yet.

“On his appointment I described the Portuguese as an unnecessary gamble for the Ibrox board.

“In time, King might have to tap Caixinha on the shoulder — but if he does it now it’ll leave an even bigger mess than Pedro inherited.”

Rangers’ next three league fixtures are against St Johnstone, Motherwell and Hearts, and nine points from those games would be a big boost for Caixinha.

Aberdeen host Celtic later this month, giving Rangers the chance to make up some ground on at least one of their rivals.

Rangers still have some catching up to do before they can realistically mount a title challenge, and Provan is right to say Caixinha should be given time to deliver success.