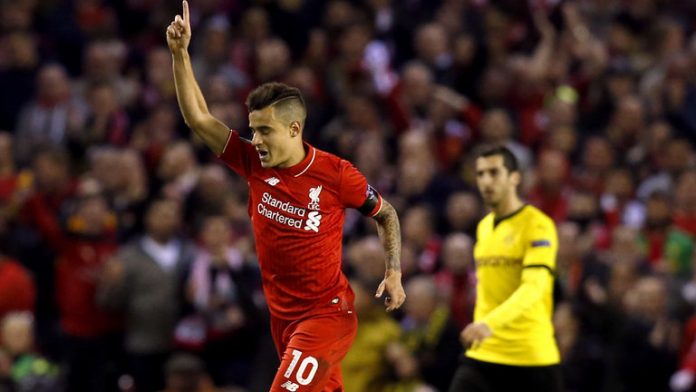 Former Liverpool midfielder Charlie Adam believes the club should sell Philippe Coutinho and give Jurgen Klopp the opportunity to rebuild his defence.

The Reds rejected numerous big-money offers for Coutinho from Barcelona over the summer, despite the Brazilian star insisting he wanted to move to Spain.

Adam believes allowing Coutinho to leave would be the best move for all parties.

“This is what happens when you’ve got one of the best players in the world,” Adam told talkSPORT.

“It’s going to just see how long the Liverpool owners stay strong – can they afford to not let him go in the January window?

I think if they’re nowhere near winning the league, he will go.

“The money they’re talking about – £120 million – that’s a rebuilding job! That will buy them the four defenders and a goalkeeper they probably need.”

Adam’s comments about Coutinho are certain to annoy Klopp, but it’s difficult to argue with his views.

Only Crystal Palace and West Ham have a worse defensive record than Liverpool in the Premier League this season, yet Klopp appears to be in denial that his team has a problem at the back.

None of Liverpool’s defenders would be a regular starter with any of the Premier League’s top sides and reinvesting the money from selling Coutinho makes perfect sense.

With the likes of Daniel Sturridge, Sadio Mane, Firmino and Mohamed Salah to call on, Klopp isn’t short of forward options.

The German failed to address Liverpool’s most pressing issue during the summer, but selling Coutinho would give him the ammunition to put things right.