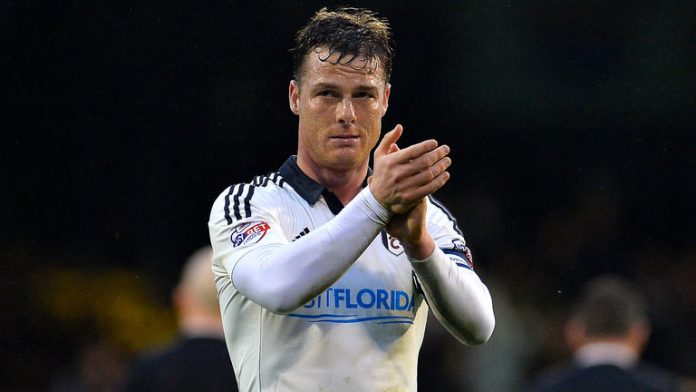 Former England International Scott Parker has announced his retirement from professional playing career at the age of 36.

Parker has called time on his 20-year playing career which included spells at Chelsea, Tottenham and West Ham. Having previously captained England national team, the midfielder won 18 international caps and was an integral part of Three Lions’ squad for the 2012 European Championship in Poland and Ukraine.

After a final four-year spell at Fulham, the 36-year-old confirmed his retirement after releasing a statement:  “The decision to retire has not been an easy one for me, but having thought long and hard over it and having discussed it with those closest to me, I believe that now is the right time to move on to the next chapter in my life and career.

“When I started my career at Charlton Athletic all those years ago I could only have dreamt at that time just what was to follow over the next two decades. I feel incredibly honoured and proud to have enjoyed the career that I have and I’ve loved every moment of it.

The English midfielder, who won the Football Writers’ Player of the Year award in the 2010/11 season, retires after making a total of 572 career appearances across all competitions for various clubs, having scored 36 goals in the process.

Parker added: “I would like to thank everyone at Charlton Athletic, Norwich City, Chelsea, Newcastle United, West Ham United, Tottenham Hotspur and Fulham for the unbelievable support that I’ve been shown throughout my time at each and every one of the club’s I’ve been proud to represent.

“Thank you to the fans of all of the clubs that I’ve been lucky enough to play for. Your support has meant everything to me. I’m now looking forward to the next chapter of my life and career and hope to make an announcement soon with regards to what that will be.”