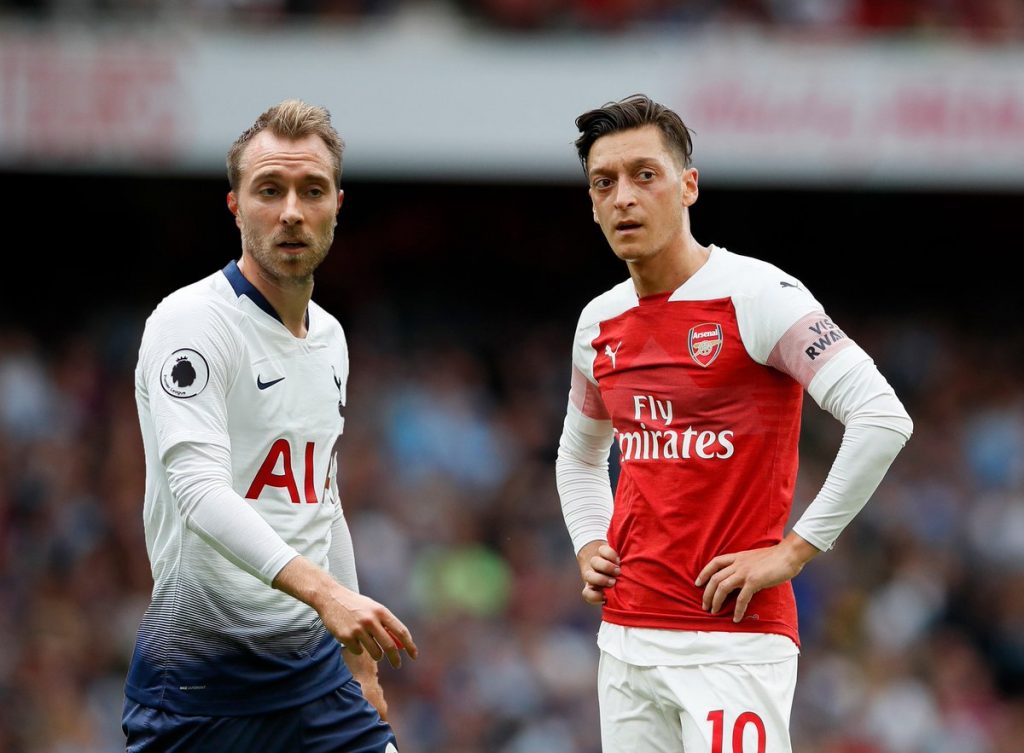 Spurs were looking to end their 13-year trophy drought, and former midfielder Ryan Mason was tasked with leading them to battle against Pep Guardiola’s side after Jose Mourinho was sacked on Monday.

While City only scored late on via Aymeric Laporte to retain the trophy and win it for a fourth consecutive season, Tottenham were the second-best team all game and were lucky to lose 1-0.

Ozil left Arsenal in January to join Turkish giants Fenerbahçe after seven seasons in north London, and he was quick to remind Spurs on Twitter where his affiliation stands.

The former Gunners midfielder did not have to mention Tottenham in his post as the hashtag, and the mention of a dusty cabinet were enough to pass his message clearly across to his former city rivals.

Ozil established himself as an instant hero at Arsenal under former manager Arsene Wenger, helping them end their nine-year trophy drought in his first season at the Emirates Stadium by playing a pivotal role as they won the FA Cup.

His latest dig at Spurs will definitely have gone down well with the Arsenal faithful and further endeared him to them.

Tottenham could do with someone with the quality of Ozil in the middle of the park after they struggled to create any notable goal-scoring chances against City, and a squad rebuild is badly needed this summer.

In other news, Arsenal are looking to pip Liverpool and West Ham United to the signature of centre-back.