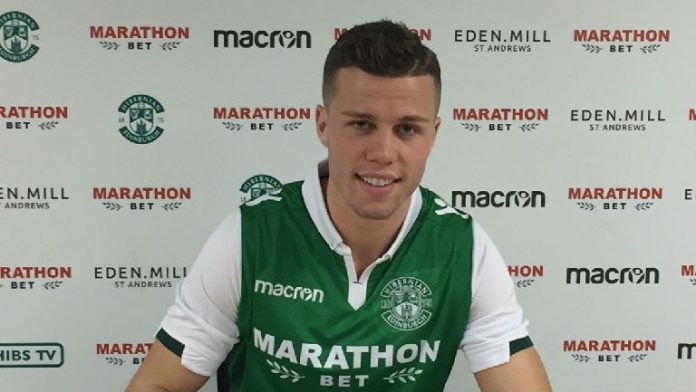 Florian Kamberi is keen on a move to Rangers.

According to Daily Record, the striker has informed Hibs that he wants to join Steven Gerrard’s side.

Kamberi is a man in demand and he is wanted by the likes of Lech Poznan and Virtus Entella.

Rangers are prepared to sign the player on loan for the remainder of the season and Hibs want a loan with an option to buy for around £750,000 at the end of this season.

It will be interesting to see if Rangers can agree on a deal with Hibs before the window shuts.

They could do with some attacking depth and Kamberi should prove to be a good signing. The Swiss-born striker would be a good alternative to the injured Defoe.

The 24-year-old has scored 8 goals for Hibs this season.

Morelos has a minor injury issue as well and Rangers need to bring in a striker now.

They are in the middle of a title race and they will struggle to catch up with Celtic unless they improve their squad.

Rangers have already signed Ianis Hagi from Genk and it will be interesting to see if they can get any other deals over the line before the window shuts.