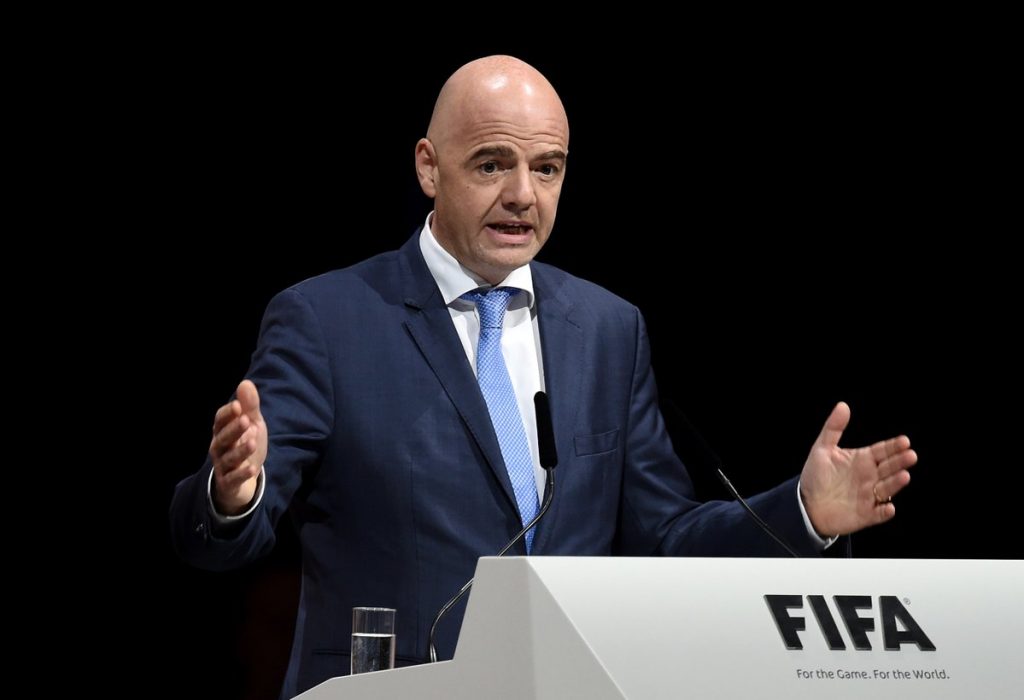 He becomes the second successive Swiss president of FIFA, following Sepp Blatter, but we can only hope, he will bring the much needed transparency in the organisation and will restore the image of the football’s highest governing body. Sheikh Salman was touted to succeed Blatter because of support he received from Asia and Africa, while Infantino only had the backing of UEFA.

“I want to build a new era where we can put football at centre stage.” https://t.co/Xz41J43Obc #FIFAelection pic.twitter.com/gncS6IslYL — BBC Sport (@BBCSport) February 26, 2016

It was for the first time, voting for the FIFA presidential election had reached a second round since 1974, as none of the candidates received the required two-thirds majority in the first round.

Have this weird feeling that Gianni Infantino will pull off his mask to reveal Sepp Blatter.

Gianni Infantino addressed the congress after he was elected FIFA President, via Sky Sports:

“Dear friends, I cannot express my feelings in this moment. I told you I went through a journey, an exceptional journey, a journey which made me meet many fantastic people. Many people who love football, who live football, who breath football every day, and many people who deserve that FIFA is highly respected. We will restore the image of FIFA and the respect of FIFA.”

Spanish journalist Sergi Dominguez said he was hoping to see Prince Ali to become the next president. He tweeted:

Anyone is better than Blatter but that doesn’t make Infanito good. Was hoping for Prince Ali.

“I want to work with all of you together in order to restore and rebuild a new era of FIFA, where we can again put football at the centre of the stage.

“FIFA has gone through sad times, moments of crisis, but those times are over. We need to implement the reform and implement good governance and transparency. We also need to have respect.

“We’re going to win back this respect through hard work, commitment and we’re going to make sure we can finally focus on this wonderful game that is football.”