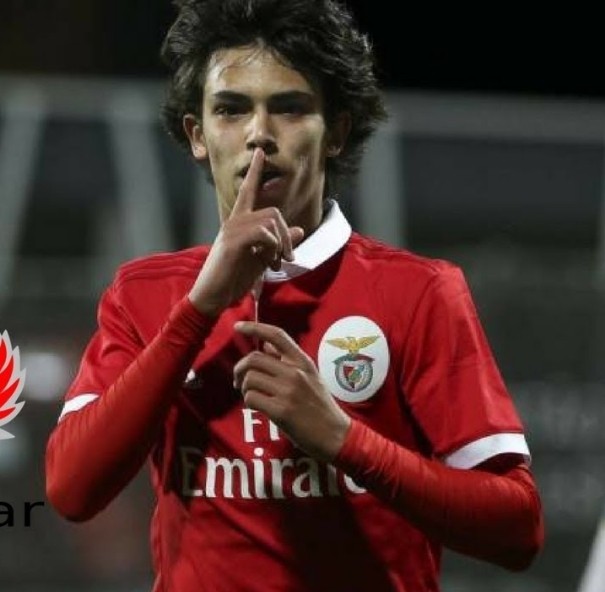 Liverpool’s attempt to sign teenage sensation Joao Felix has been dealt a setback, after The Reds reportedly bid £62m for the 19-year-old attacker.

However, Benfica have turned down the approach, according to Portuguese tabloid Coreio da Manhà. (Via Talksport).

The report suggests that many top clubs all over Europe are tracking the youngster. Barcelona, PSG, Premier League rivals, Manchester City and neighbours United are interested.

Felix started at rivals Porto before starring for The Eagles’ youth academy as they clinched Campeonato Nacional de Juniores title. This season Felix has forced his way into the first-team picture. He has impressed former boss Rui Vitoria, and his replacement Bruno Lage with six-goals from seventeen appearances.

The youngster is predominantly an attacking-midfielder, but is also comfortable on both wings or as a striker. He has good movement, an eye for goal and a decent passing ability. He has been likened to Benfica legend Rui Costa.

Felix is yet to earn a full international cap, but has impressed at youth level. For the Portugal under 21’s Felix has impressed, scoring four-goals in nine-appearances.

Despite obvious talent, a move at this stage of his career would be a huge risk. With plenty still to learn, gaining experience in Primeira Liga makes the most sense for the 19-year-old.

The report also claims Felix has a huge buyout clause set at £105m. This in itself will put clubs off. Paying such an amount for potential would be a massive risk. Even if the boy is extremely talented.

Liverpool fans will be well aware that there are comparisons to flop Lazar Markovic. The Serbian moved to Merseyside from Benfica in 2014 for £20m. Unfortunately he has failed to live up to his potential.

Reds fans have given a mixed reaction. Some not believing the rumour for one minute. meanwhile, others are disappointed. 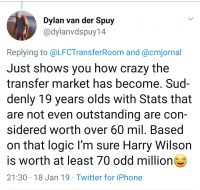 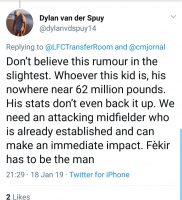