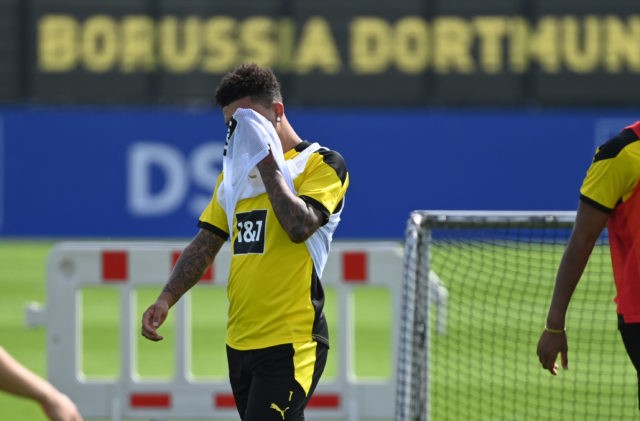 Manchester United have been linked with a host of players in the past few months, but Jadon Sancho remains their top target for the summer transfer window.

The 20-year-old is one of the highly-rated young attacking midfielders in the world. Last season, he was simply outstanding for Dortmund, scoring 17 goals and providing 16 assists in the Bundesliga.

According to transfer expert Fabrizio Romano, the Red Devils are currently in negotiations with Dortmund over the signing of Sancho. The Guardian journalist has claimed that the negotiations are at an ‘advanced stage’, although no agreement has been reached.

It has been claimed that United will not face any difficulty in agreeing to Sancho’s personal terms. In fact, the Premier League giants are ready to offer him a contract until 2025.

Sancho is now ‘waiting’ to understand if the two clubs will find an agreement or not. He’d like to join Man Utd. But it’s up to the clubs and BVB are pushing to decide soon because they’d need a replacement if Sancho will leave. 🔴 #MUFC

According to reports from Sky Sports, both the clubs are discussing over the structure of the transfer fee for Sancho at the moment.

The Bundesliga club could be open to accepting less money upfront as part of the deal.

Dortmund want a fee in the region of €120m (£108m) for the England international, but they could be willing to accept less money up-front.

Ideally, the German club would want an initial €100m (£90m) to fund a replacement for the 20-year-old. However, they are unlikely to spend that amount of money on a new signing this summer.