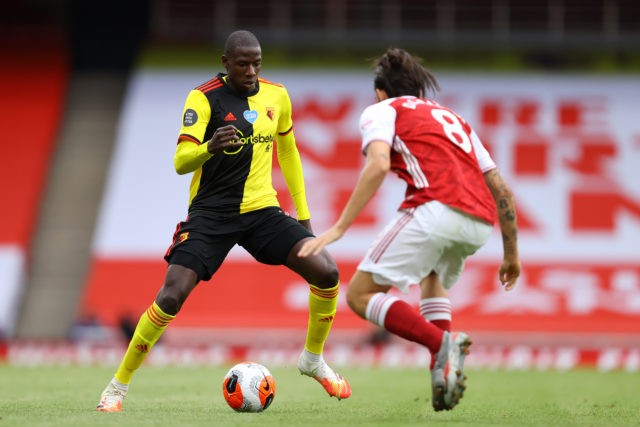 Everton are looking to make a flurry of new signings ahead of the new season.

Bolstering the midfield and attacking areas are Carlo Ancelotti’s top priorities this summer, and it seems the Toffees are working on that front.

According to the transfer guru, Fabrizio Romano, Everton are close to signing Allan from Napoli, while they have received a green signal from Real Madrid to get the deal done for James Rodriguez.

With those two signings nearly booked, it seems Everton are working hard to secure the signing of Abdoulaye Doucoure from Watford this summer.

Romano has claimed on Twitter that the talks are progressing between the two clubs, while Everton have agreed personal terms with the midfielder.

Watford are ready to let the 27-year-old midfielder leave the club this summer following their relegation to the Championship.

However, the Hornets are demanding a fee in the region of £20m before sanctioning his sale.

Everton could face strong competition from Fulham and Wolves, while French club AS Monaco are looking to sign him as well.

However, Everton are leading the race his signature, and so far they are yet to broker the deal for him.

Doucoure has Premier League experience and would be a very good signing for the Toffees.