Fabrizio Romano: Barcelona are in talks with Sergio Aguero’s agent over potential move 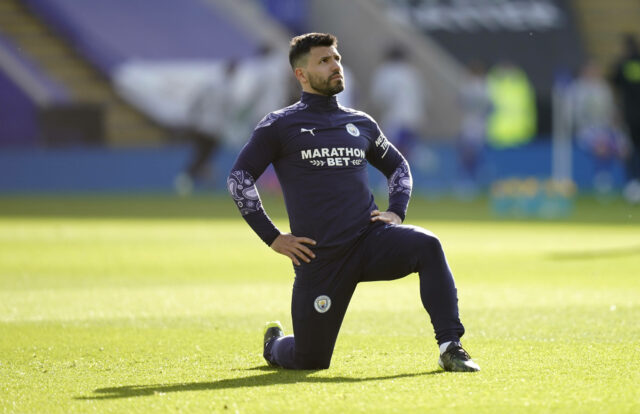 Barcelona have reportedly made their move to sign Sergio Aguero in the summer transfer window.

Aguero is set to leave Manchester City on a free transfer. The Argentine striker is a club legend, but he is out of contract at the end of the season.

He is the club’s all-time top goalscorer and has won ten major trophies with City. He also has the chance to add a few more before joining elsewhere.

According to popular journalist and transfer expert Fabrizio Romano, the Catalan giants are keen to sign him and have already contacted the player’s agent.

Barcelona are in talks with Sergio Agüero agent, he’s considered “one of the options”.

Oscar Mingueza and Riqui Puig clauses will be triggered to extend both contracts until June 2023.

Sergi Roberto could extend his contract for 2 years, but there’s no agreement yet. 🔴🔵 #FCB

Other options for Aguero

The 32-year-old has already been linked with numerous other teams, with several Premier League clubs reportedly vying for his signature.

Popular football pundit Paul Merson has claimed that Aguero would be perfect for Chelsea.

Arsenal have also been linked with a move for Aguero. The Gunners boss, Mikel Arteta,  worked closely with the former Atletico Madrid striker at the Etihad Stadium during his time as No.2 to City boss Pep Guardiola.

According to reports from 90min, Leeds United could make an audacious move to sign Aguero, where he will get the opportunity to play under his compatriot, Marcelo Bielsa.

In other news, Neymar wants to stay with PSG amid Barcelona link.