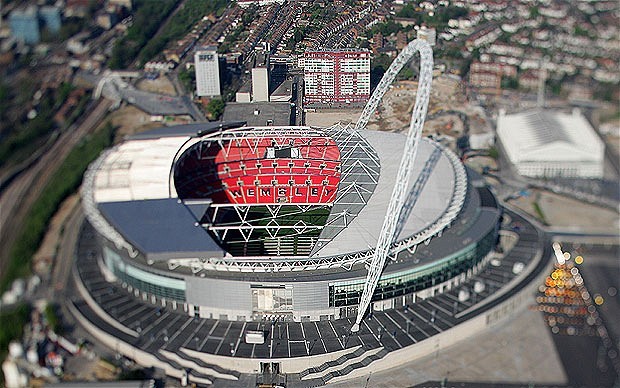 This weekend’s FA Cup semi-final matches have been a fantastic advert for the English game. The passion, the drama, the nail-biting tension and outstanding support was exactly what cup football should be all about. But there remains one divisive issue that overshadows the games each year, the question as to whether it’s right that Wembley should be hosting the semi-finals at all.

FA Cup semi-finals have been played at the new Wembley stadium since 2008. The FA made the decision that Wembley would host the games with a view to helping repay the huge cost of building the stadium, an estimated £757m. A 30-year pledge stated that a set number of games each season, which includes the semi-finals, would be hosted at the stadium.

With the 2015 final now in sight, perhaps it is time the FA started to consider other options once again. There have been some great semi-finals at Wembley, but these matches are cheapening the spectacle of the final. The honour of walking out onto the hallowed Wembley turf should be reserved for the finalists.

In many ways these semi-final games feel like the final itself, which leaves the final feeling like just another game, particularly for the neutrals. The culmination of one of the greatest cup competitions in the world is being spoiled, and the longer it continues, the more likely it will become accepted as the norm.

The FA claimed that the move was a financial necessity, but there must be other ways in which the money can be recouped. With all England home games now also being played at the stadium, surely the FA can relent on the two semi-finals. It’s difficult to see how the financial implications could be so severe that such a move would be impossible.

Views on the decision have always been mixed, with managers, players and supporters all expressing differing opinions. Players and managers have said how the games feel strange being played at the stadium, while some fans have complained about the need to travel to London twice should they want to attend both the semi-final and the final.

There is already a strong sense amongst some fans that English football has become too ‘London-centric’. With the national side playing all their games in the capital, more needs to be done to reconnect fans from across the country. If it is possible to return to the FA Cup’s traditional semi-final format, that would surely be great start.

Balancing financial necessity and tradition will always pose a real challenge in football. But ultimately there must be a line drawn. The FA Cup is an incredibly special competition and the final is what many players, managers and fans dreams are made of. The spectacle of final itself must be preserved and valued. These arguments may seem old fashioned and traditional, but surely that’s what the FA Cup is all about?