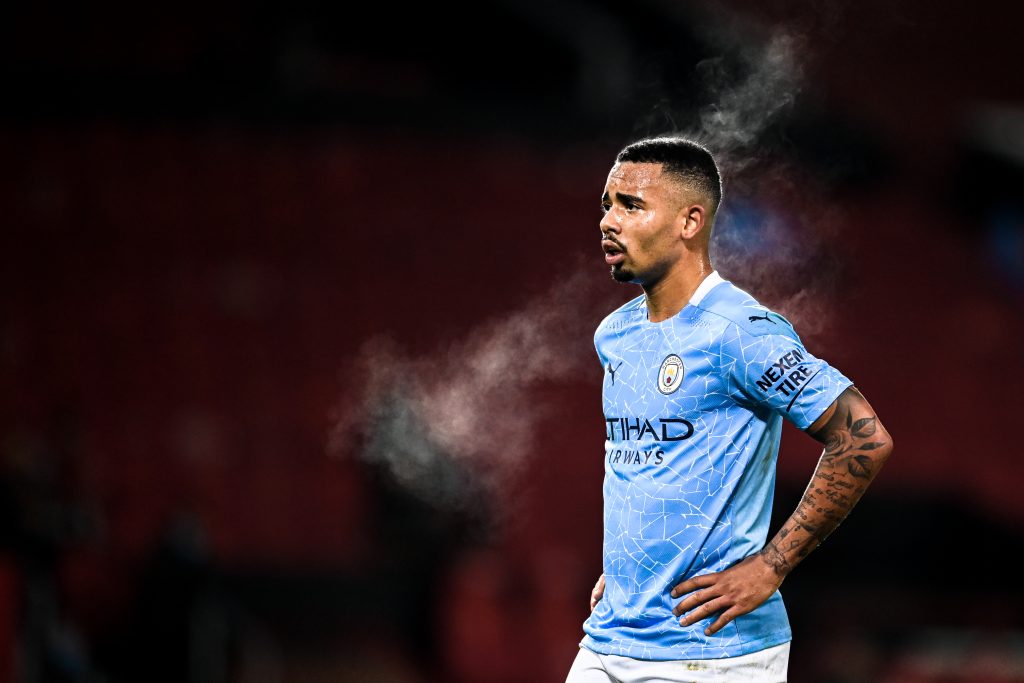 Manchester City are scheduled to face Swansea City on the road in tonight’s FA Cup fifth round tie.

The Cityzens are alive in all four competitions and still have the chance of securing an unprecedented quadruple.

They have been in exceptional form over the past few months and are presently on a stunning 14-match winning streak.

While manager Pep Guardiola is likely to make changes, they should still be favourites to progress to the last eight of the competition.

Zack Steffen has been the Cityzens’ cup goalkeeper, and he is likely to reclaim the goalkeeping role ahead of Ederson.

In the backline, there could be a complete reshuffle from the previous game against the Reds.

Kyle Walker, who missed the match with a minor injury, may return at right-back with Benjamin Mendy on the opposite side.

Aymeric Laporte has struggled for regular playing time this term with the exceptional form of central defensive duo John Stones and Ruben Dias.

The Frenchman should return at the heart of the defence where he could be accompanied by Eric Garcia, who has barely featured in the league.

Fernandinho should come in for Rodri in the defensive midfield role. Tommy Doyle got the nod alongside the Brazilian in the previous round against Cheltenham Town.

Guardiola may continue with the youngster as he will want to offer Ilkay Gundogan a breather after his recent league exploits.

In the attack, Riyad Mahrez may get another game on the right wing. The Algerian has looked off-colour and needs a goal contribution to boost his confidence.

Bernardo Silva may play in a more advanced number 10 role. Ferran Torres and Gabriel Jesus should feature in the left wing and striker positions respectively.

Torres has dropped down the selection order in recent months with the likes of Raheem Sterling and Phil Foden producing consistent displays.

He will be hoping to prove himself by finding the back of the net. The Spaniard scored the third goal in the 3-1 comeback win over Cheltenham last month.

Jesus was unlucky to miss out on leading the line against Liverpool after he opened the scoring in the previous games against Burnley and Sheffield United.

He will start up front with Sergio Aguero short of match fitness and unavailable for the game.