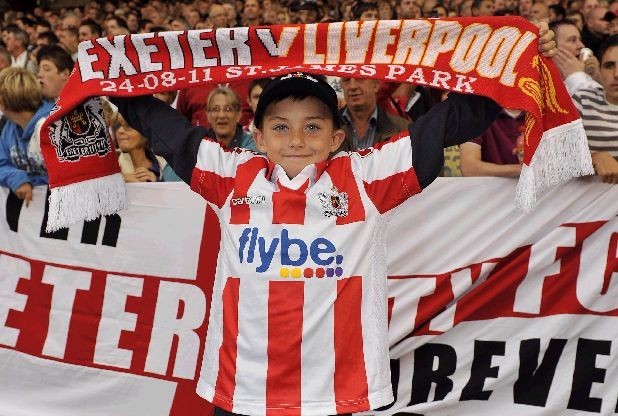 Liverpool, the seven-times FA Cup winner, will get their 2015-16 FA Cup campaign underway when they face Exeter City in the third round at St James Park on Friday night.

Exeter couldn’t have wished for a better opponent for the third round tie – the League Two outfit are up against the five times European Champions – surely there is a cup romance on the way.

It is also a welcome distraction for them, as the Grecians are winless in their last five games, and have lost each of their last four, conceding 10 goals.

Exeter had fallen at the first hurdle in each of the last five years and not won a single FA Cup game since 2009 before this season, so in a way getting into the third round is already a big achievement for them.

Home advantage are often considered as an important factor for the lower teams when they are up against the big Premier League clubs, but Exeter haven’t won at home in their last six home games, which could be a cause for concern.

Liverpool are heading into the match on the back of a 1-0 victory over Stoke City in the Capital One cup semi-final first leg, but the Reds are missing several first team players for this tie.

Jurgen Klopp has stressed the importance of winning cup games, but the German will have to rely on young guns to deliver goods for him.

Liverpool are in the middle of a hectic schedule – the FA Cup fixture is their fourth game in the last 10 days.

The Reds have not been knocked out in the third round since 2011, when they lost to Manchester United, but they must not take the game likely. Klopp has already tasted cup success during his time at Borussia Dortmund, and the German will definitely be looking to add at least one cup trophy in his first season in charge.

Liverpool are without as many as 12 key players for this game. Their main problem come in defence, where all the current first-team centre-backs – Martin Skrtel, Mamadou Sakho, Kolo Toure, Dejan Lovren – all sidelined through injury.

Philippe Coutinho has been ruled out with a hamstring injury, while Jordon Ibe has picked up an injury ahead of the match to add to the woes.

Exeter are sweating over the fitness of David Wheeler, while Christian Ribeiro, David Noble, could miss out.