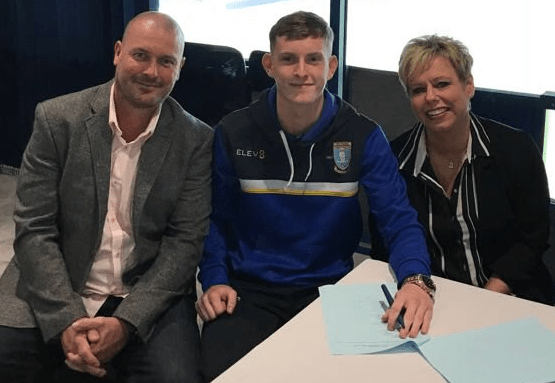 We reported on Saturday that Sheffield Wednesday winger Ben Hughes had signed a first professional contract and fans are delighted about it. The 18-year-old finished as the u18s top goalscorer and has been rewarded with a pro deal until 2019.

Hughes joined Wednesday from Manchester City in 2016 and revealed his delight to swfc.co.uk, saying: “It’s overwhelming to sign my first professional contract, it’s what I’ve been working for all my life and it’s a big achievement for me and my family,”

Supporters can’t wait to see him in action for the first-team, although there may be a lot of competition for a starting place. Jack Hunt and Liam Palmer has shared responsibilities at right-back, while Ross Wallace has been a regular on the wing.

Nevertheless, the 18-year-old could have a bright future at Hillsbrough and the news of his signing has been met with positivity. The aim for Hughes will be to keep himself in good shape over the summer and hopefully impress during pre-season to boost his chances of first-team football in 2018/19.

He should feature exclusively in the u23s next season but may have a chance in the senior set-up if he can continue his development and standout on a weekly basis. Wednesday fans are desperate to see another youngster be blooded into the first-team.

Brilliant these young lads are signing up.

Well done. Take pride in your achievement and good luck for the future.

Keep grafting pal. Hope to see you push on and be an owl for many years to come ??

Hughes’ u18s finished third in the U18 Professional Development League with 54 points from 30 games.