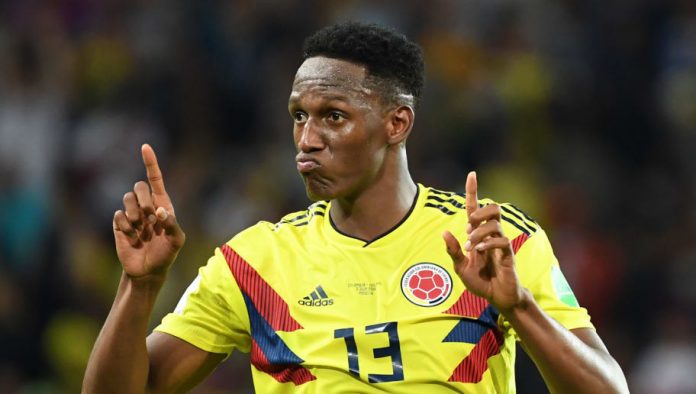 Everton defender Yerry Mina has been labelled as a major flop during a Spanish TV show.

El Chiringuito de Jugones created a poll and asked journalists to share their opinion on who they think, is the biggest flop, in La Liga history.

Cadena Cope Journalist Rafa Almanza has picked Yerry Mina because of his failure at Barcelona.

He said (quotes translated by Sportwitness): “Yerry Mina has been for me the greatest ‘bluff’ in our football. It didn’t work, neither in attack nor in defence”.

The Colombian joined Barcelona with a big reputation but he failed to deliver on the pitch.

Mina was then sold to Everton for a profit and he has done reasonably well for the Toffees so far.

There is no doubt that Mina is a good player and he has shown his qualities in England. However, he needs to work on his fitness.

Everton have looked better with him in the side and Ancelotti could help him improve as a player. Furthermore, he could be a real asset for Everton in the opposition box as well.

The Colombian is very good in the air and he could be a threat from set-pieces. He has already shown his aerial ability with Colombia.

It will be interesting to see if Ancelotti can keep him fit and get the best out of him next season.

Mina has all the tools to succeed in England and he will be desperate to prove his critics wrong.