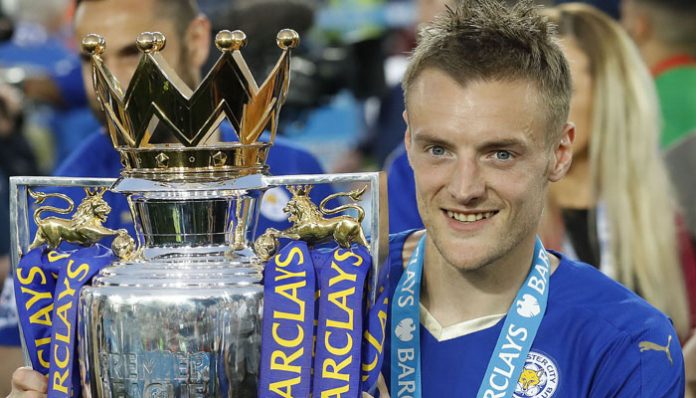 Everton are looking to sign Jamie Vardy from Leicester City in the summer.

The 31-year-old forward has been very good for the Foxes in the Premier League and Allardyce wants the England international to solve Everton’s goalscoring problems. Apparently, the Everton chiefs held a transfer meeting last week and Vardy was identified as top priority.

Vardy was signed by Steve Walsh at Leicester City and the former Foxes man is the director of football at Everton now.

It will be interesting to see whether Leicester agree to sell their star player.

As per the reports, Vardy would welcome a move to Merseyside where he will receive a major pay rise. The 31-year-old will earn closer to £150,000 a week. Vardy is a proven goalscorer and he would certainly be an upgrade on Everton’s current options.

Everton have struggled to score goals since the departure of Romelu Lukaku and the signings of Sandro/Tosun have made no difference.

The Toffees are having a very poor season despite spending a lot of money and it could cost Allardyce his job in the summer. Farhad Moshiri is set to evaluate the former England manager’s position at the end of this season.