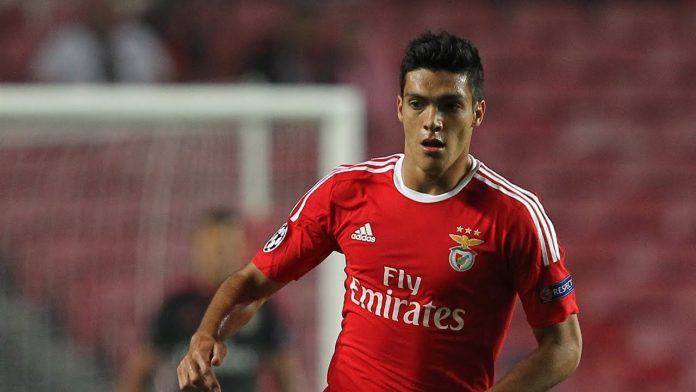 According to Record, the Toffees have submitted a £27.5 million bid for the 26-year-old, but the Portuguese club are demanding a fee of around £46m.

Blues’ boss Ronald Koeman has been keen to replace Lukaku this summer, but he has been thwarted in his efforts.

Nikola Kalinic was on his wishlist, but he decided to leave Fiorentina for AC Milan, while a rumoured loan move for Chelsea’s Diego Costa hasn’t materialised.

The Mexican international began his career in his homeland with Club America, scoring 31 goals in 83 appearances.

He joined Atletico Madrid in 2014, but lasted just a season after scoring once in 28 games.

Jimenez has rebuilt his reputation in Portugal, notching 24 goals in 81 games and helping the club to two successive league championships.

Koeman has invested heavily in his squad this summer, spending around £130m on the likes of Gylfi Sigurdsson, Jordan Pickford and Davy Klaassen.

However, Lukaku’s departure to Manchester United has left the Toffees short of striking options and Koeman believes Jimenez can fill the void.