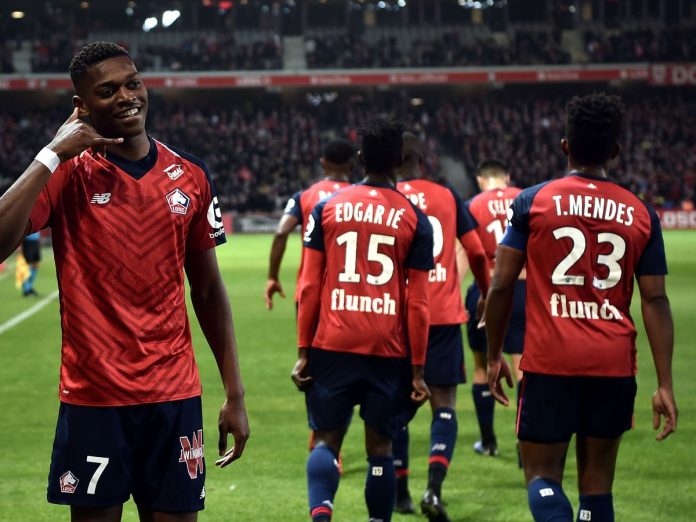 Everton are interested in signing Rafael Leao from Lille.

According to a report from L’Equipe (translated by GFFN), the Toffees have submitted a €37.5m (£33.6m) offer for the forward.

It will be interesting to see if the French outfit are willing to accept it.

They have offers from Valencia, Napoli and Aston Villa as well. However, Everton’s offer is the highest so far. Although, Valencia’s offer stands at €40m with add ons.

The report claims that Leao will leave Lille this summer. Perhaps, the French outfit are waiting for the right offer.

Everton could certainly use a player like him and the towering Portuguese forward would be a solid long term investment.

He could partner Richarlison in attack next season or lead the line himself. The Brazilian could play off Leao in a free role.

Everton have been linked with Juventus’ Moise Kean and Mario Mandzukic as well.

It seems that Silva is keen on signing a striker this summer.

In truth, a top-class attacker could help Everton take the next step. They have a good defence and midfield in place already.

Leao is a world-class talent and he has the potential to be a star in future. He managed to score 8 goals in Ligue 1 last season.