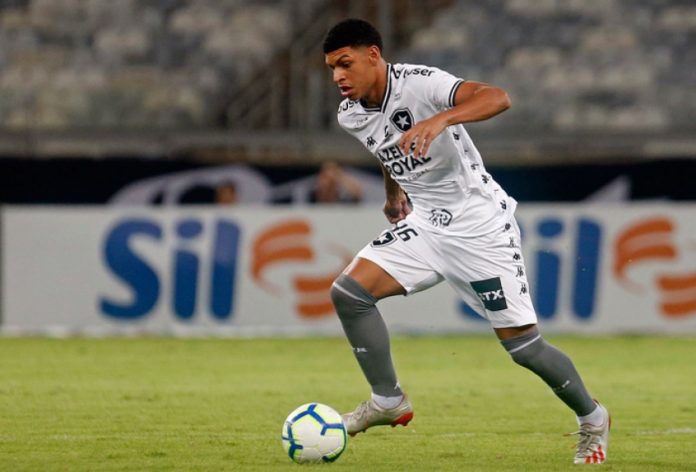 Everton are thought to be keen on signing the Botafogo winger Luis Henrique this summer.

As per local reports (h/t Sportwitness), the Premier League side have informed Botafogo that they will submit a bid for the young winger soon.

It will be interesting to see if the Toffees can persuade the Brazilian club to sell the player to them. Napoli are reportedly keen on the winger as well.

Everton will have to move quickly to fend off the competition from the Italian giants.

Luis Henrique is stylistically similar to Richarlison and he can play as a forward as well.

It remains to be seen whether he joins up with the first-team squad if the transfer goes through. Henrique is 18-years-old and he will need time to adapt to English football.

Perhaps a year with the youth team could benefit him.

Henrique is highly talented and he has a big future ahead of him. Everton are looking to snap him up right now so that they can save millions in future. He could prove to be a solid long-term investment.

If Ancelotti can help him achieve his potential, Everton could have a future star on their hands.