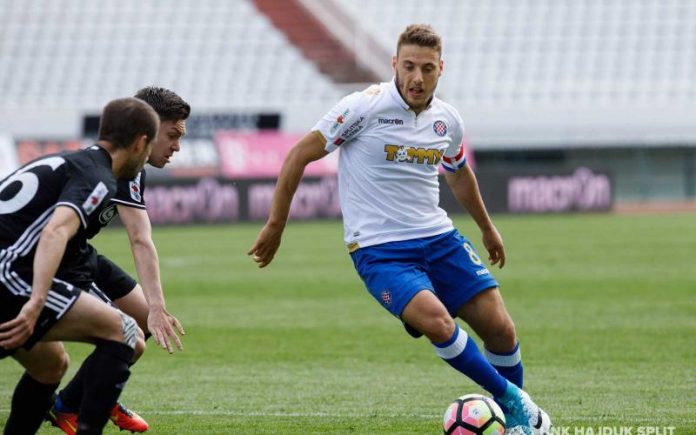 Everton manager Ronald Koeman wants to add to his side before the transfer window closes and it seems that the Toffees will sign the Croatian forward Nikola Vlasic.

According to BBC, Everton are expected to pay around £10m for the highly talented Hajduk Split forward. Meanwhile, Journalist Alfredo Pedulla believes that the two clubs have already reached an agreement.

Everton recently played Hajduk in the Europa League and Vlasic managed to impress Ronald Koeman during the game.

The 19-year-old attacker could prove to be an asset for the Toffees in future. The technically gifted player can operate across the front three and as a winger. With Bolasie out injured, Koeman can use Vlasic as his wide option.

Vlasic has scored 3 goals in 12 appearances for Hajduk Split this season.

Everton have had a very impressive summer despite the sale of Romelu Lukaku. The Premier League outfit have signed Rooney, Sandro, Sigurdsson, Klaassen, Pickford and Keane so far.

BBC are reporting that the Merseyside outfit are determined to land a high profile striker this summer along with a left sided defender.

Everton have been linked with Chelsea’s Diego Costa and if they can sign the Spanish international on loan it would prove to be a masterstroke from Koeman.