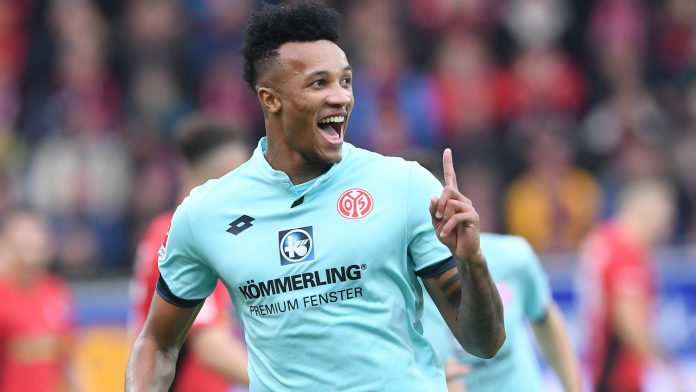 Everton are set to sign Jean-Philippe Gbamin this summer.

They have sold Idrissa Gueye to PSG and are now looking to bring in the Mainz midfielder as his replacement.

According to Sky Germany, the two clubs are closing in on an agreement in place for the midfielder and he could have his medical tomorrow.

Jean-Philippe Gbamin is set to have his Everton medical on Thursday ahead of his €30m transfer from Mainz, according to Sky Germany. He will sign a five-year contract. #EFC #M05

It will be interesting to see if the Toffees manage to get the deal over the line.

The report adds that Everton will pay around €30m for the player. The player is expected to sign a five-year contract with the Blues.

The 23-year-old midfielder’s camp are confident of getting the deal done as well.

Gbamin is a talented young midfielder who will improve Everton next season. Silva has already added Delph and Gomes to his side this summer.

Everton are closing in on a deal for Moise Kean as well.

The Toffees have been very active in the market all summer and they have strengthened the squad significantly.

It will be interesting to see how these players settle in next season. Gbamin has the tools to succeed in English football and the Bundesliga is not too different from the Premier League apart from the intensity.