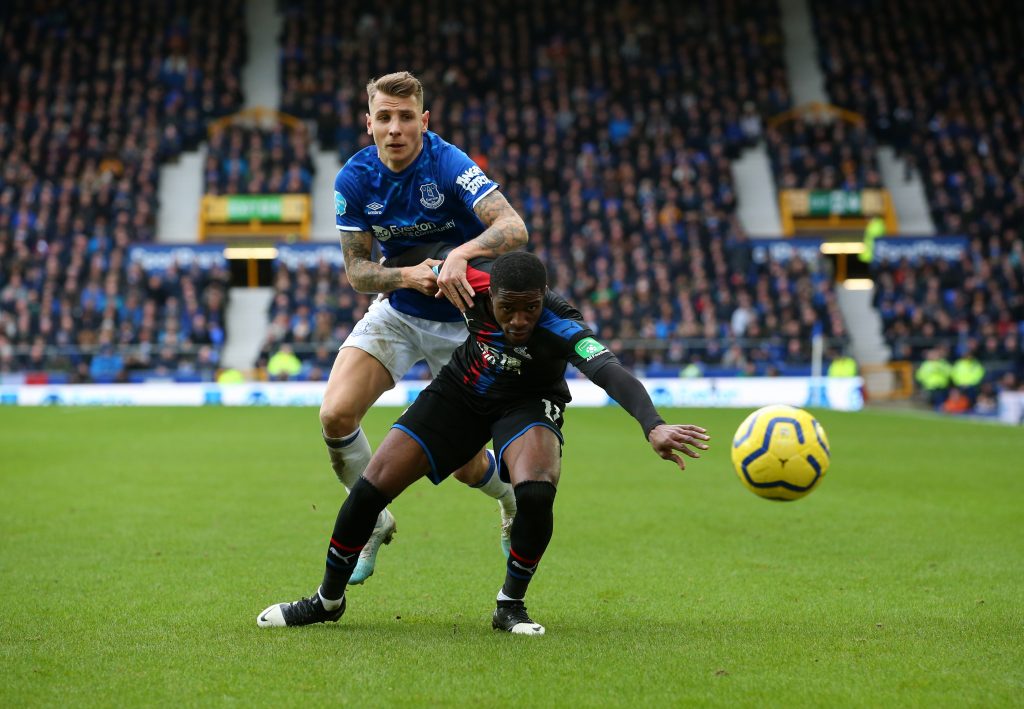 Everton could reignite their interest in the Crystal Palace winger Wilfred Zaha this summer.

The Toffees were heavily linked with a move for the 27-year-old last summer but they failed to sign him despite offering massive sums of money.

Football insider claims that Everton have asked Palace to keep them informed about the winger’s situation.

It seems that the Eagles could cash in on their star player this year. It will be interesting to see if Everton can convince them to sell the player to them.

There is no doubt that Everton need to add more pace and flair to their attack and Zaha would be ideal.

The former Manchester United winger has proven himself in the Premier League over the last few years with Crystal Palace and he deserves to join a bigger team now.

A world-class manager like Carlo Ancelotti could bring out the best in Zaha and help him take his game to the next level.

As per Football Insider, Everton are preparing another move for the player that could smash their club transfer record. The Toffees offered around £70m last summer but they’re not willing to go that far this time around.

It remains to be seen if they can get the deal across the line in the coming weeks.