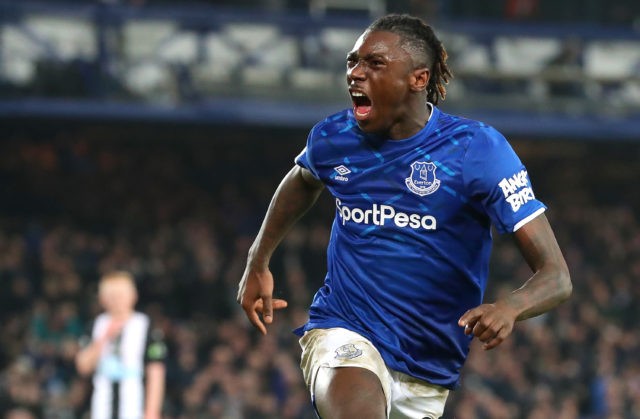 According to Calciomercatoweb, Everton striker Moise Kean’s agent is trying to engineer a move for him to AC Milan.

It has been reported by the Italian news outlet that Mino Raiola is trying to get the Italy international striker to Milan in the summer transfer window.

Everton want €25 million (£22.62 million) as transfer fee for the 20-year-old, although Raiola wants a loan-to-buy deal, according to the report.

Kean joined Everton from Italian giants Juventus in the summer of 2019 for an initial transfer fee reported by BBC Sport to be worth £25.1 million.

The youngster failed to make an impact at Goodison Park last season and made only a handful of starts for the first team.

According to WhoScored, the 20-year-old made six starts and 23 substitute appearances in the Premier League for the Toffees during the 2019-20 campaign, scoring two goals and providing two assists in the process.

It seems that Everton are willing to take a hit of £2.48 million striker and appear to have given up on him.

Kean is a promising young striker, but what Everton right now is a proven and established player in that position who can make an instant impact and score the goals needed for Carlo Ancelotti’s side to challenge for the European places.