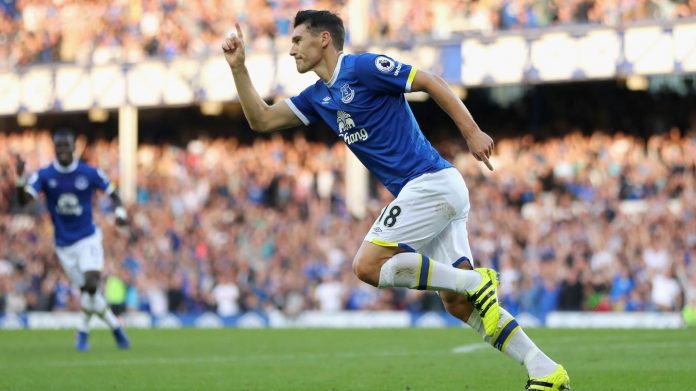 Everton are looking to offer a new deal to Gareth Barry this summer.

The highly experienced English midfielder has a contract until 2018 and the Toffees are prepared to extend it.

According to Daily Mail, Everton are prepared to offer him a one-year extension. It will be interesting to see if the 36-year-old takes up that option now.

Barry has the option of joining West Brom on a two-year deal as well.

The former Aston Villa midfielder has been a very good servant for Everton and it is understandable why the Toffees want to hold on to him for another season. Despite signing new players, the Merseyside outfit will not be able to replace Barry’s leadership and experience. Koeman wants his side to fight for a top four finish this season and Barry could play a crucial role as a squad player.

The English midfielder could also play a vital role in mentoring Everton’s young players such as Tom Davies.

Everton are looking to sign Gylfi Sigurdsson from Swansea this summer and the Iceland international’s arrival will push Barry further down the pecking order. At WBA, Barry will get a lot more opportunities to play.