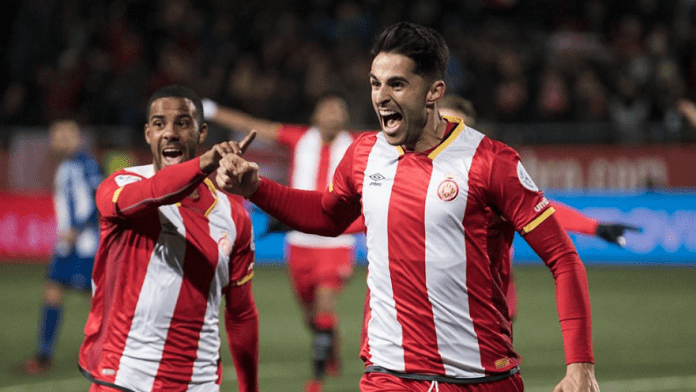 Everton are looking to sign the La Liga defender Juanpe Ramirez this summer.

The 28-year-old has impressed with Girona but the Spanish club are now relegated.

AS are reporting that Everton are looking to bring him to the Premier League.

The Toffees have not managed to sign Kurt Zouma on a permanent deal yet and if he stays at Chelsea, Silva will have to sign someone else.

Ramirez has shown that he has the quality to succeed at this level. He could partner the likes of Keane and Mina in defence next season.

It shouldn’t be a problem agreeing on a deal with Girona. They will struggle to hold on to him while playing in the second tier.

A player of Ramirez’s calibre should be playing in a better side and a better league.

The report adds that Everton are willing to pay £6million for the centre back.

It will be interesting to see if they can pull off the transfer. Apparently, Watford are keen on the player as well.

However, Everton are a bigger club with more ambition. They also have the financial muscle to convince the player.