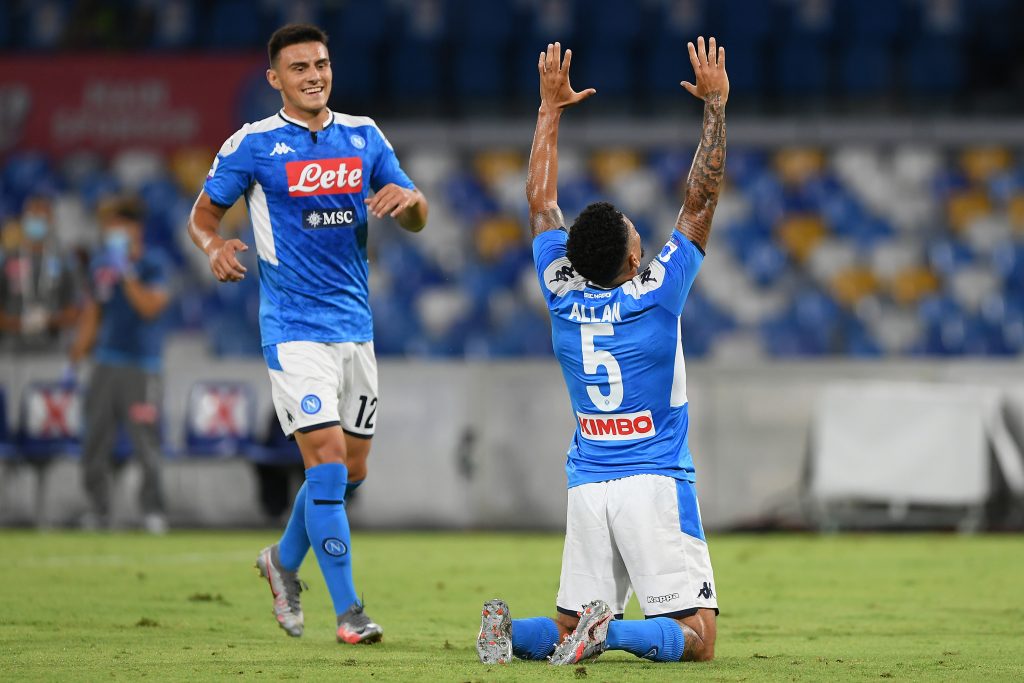 Everton are leading the chase for the Napoli midfielder Allan this summer.

Despite interest from Atletico Madrid and Borussia Dortmund, the Premier League side are favourites to sign the Brazilian midfielder (via Sportwitness).

Fabrizio Romano has also confirmed that the two sides are in talks right now.

Everton are back in talks with Napoli to sign Allan. Also Abdoulaye Doucouré (Watford) is on the list. Ancelotti strongly wants a new midfielder. 🔵 @DiMarzio @SkySport #EFC #Napoli

Napoli want €40 million for the player and it will be interesting to see if Everton can agree on a fee with them in the coming weeks.

The Germans have submitted an offer for the player but it is not enough.

Allan has worked with Ancelotti before and he will be keen on a reunion with the Everton manager.

All will depend on whether Everton are willing to meet Napoli’s demands now. It seems that the player is open to the move.

Everton must look to move quickly and wrap up the signing if they truly want Allan in their squad next year.

The Brazilian would add calmness, composure and defensive cover to their midfield.

Furthermore, he has proven himself in European games and in the Italian league as well.

Allan is in the peak of his career right now and he could make an immediate impact in the Premier League next season.

Although €40 million is a lot of money, the Brazilian has the quality to justify the price tag.