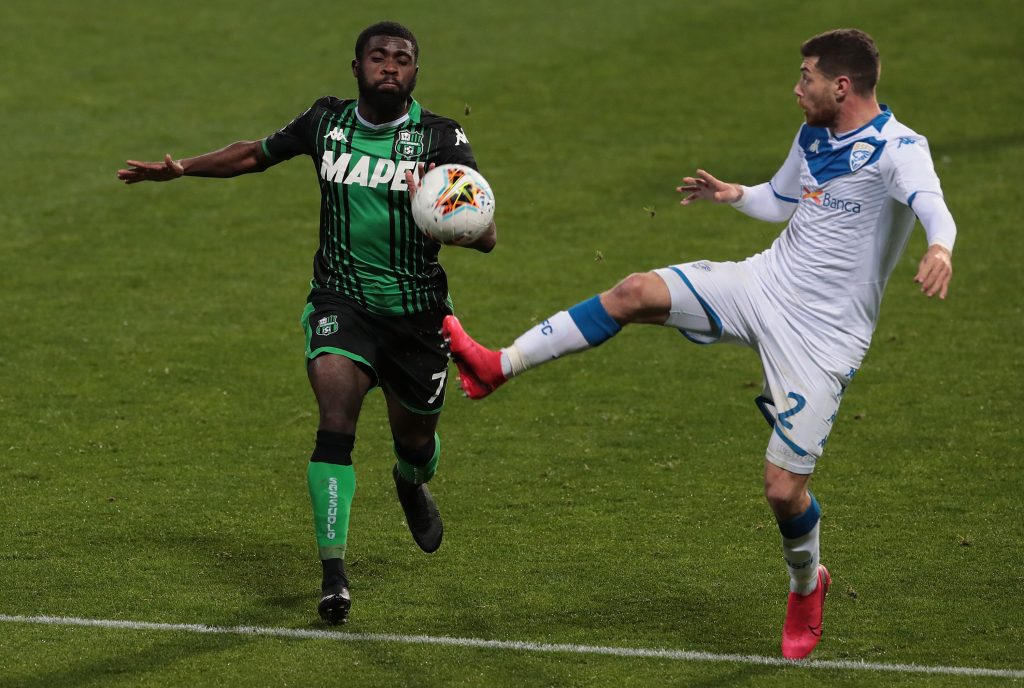 Everton are thought to be keen on signing the Sassuolo winger Jeremie Boga.

According to Il Messaggero (via Sportwitness), Roma, Napoli and Brighton are keen on the player as well.

It will be interesting to see if Everton make their move for the winger this summer.

Carlo Ancelotti could use some more wide options given the fact that Walcott is past his peak and the likes of Iwobi and Bernard are lacking in end product.

Boga has done well in Serie A and he could prove to be a decent addition to the Everton attack.

He has 8 goals and 2 assists in the Serie A so far and he can play in a number of positions. The 23-year-old can play behind the striker as well as in the wide areas.

His versatility will be an added bonus for Ancelotti and Everton.

The former Chelsea player might be tempted to return to the Premier League if there is a good offer on the table. Everton would certainly be a step up from Sassuolo for him.

Also, he would get to work with a world-class manager in Carlo Ancelotti who could help him improve.

The report claims that Chelsea have the option to sign their former player for a fee of €15m and the Blues might decide to exercise that option and then sell him for a profit this summer.

It will be interesting to see what happens. Everton will be hoping that Chelsea do not come in for Boga this summer.

The Toffees will have to pay over the odds if the Blues decide to sign him first.