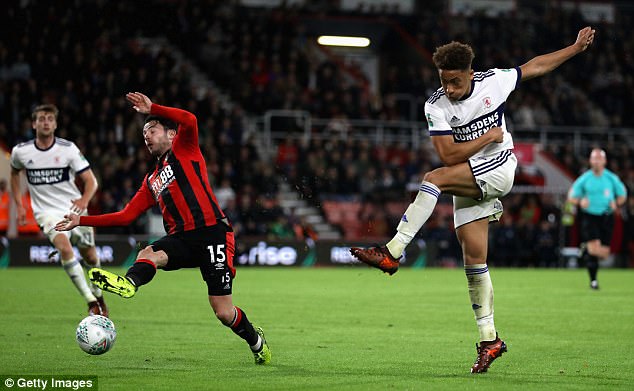 The 18-year-old Middlesbrough winger has been very impressive for Boro recently and several clubs are keeping close tabs on the player. Arsenal have sent scouts to watch the player in the recent weeks. Aston Villa and Bournemouth admire the player as well.

According to Daily Mail, Everton could submit an offer for the player in January. The Toffees are looking to sign talented young players for the future and they have already signed the likes of Dominic Calvert-Lewin and Ademola Lookman in the recent seasons.

Tavernier has been outstanding for Middlesbrough and the U19 England side. He has managed to force his way into Garry Monk’s first team plans and it is clear that he has a big future ahead of him.

Everton have an impressive youth setup and a move to Goodison would certainly help him grow as a player.

Tavernier scored the winner against Sunderland at the start of November and he also scored against Bournemouth in the League Cup tie.

The young winger will be out of contract next summer and Everton will look to snap him up on a bargain. However, Middlesbrough have the option of extending his deal for another year and it seems quite likely.

Monk should do everything in his power to keep Tavernier at the club for now. He is a very talented player, who can take Boro to the next level. Middlesbrough could get a lot more money for him in future.