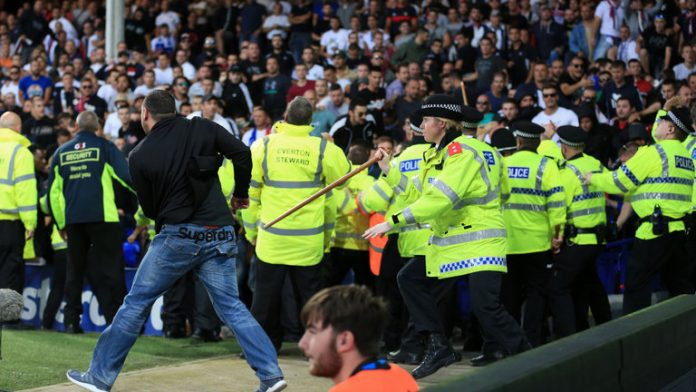 Everton and Hajduk Split have been fined by UEFA in the wake of crowd trouble that marred the Europa League qualifying game between the two clubs in August.

The play was momentarily suspended in the 33rd minute after some Hajduk fans invaded the pitch at Goodison Park. The Croatian club have been ordered to pay £35,348, while Everton have been fined £8,837.

Despite the rampant hooliganism, Everton went on to win the game 2-0 and drew the return leg 1-1 to advance to the group stages of the competition.

Hajduk have also been given a month’s period to contact Everton and reimburse the club for damages caused by their fans.

UEFA are also understood to be investigating the match between Arsenal and Bundesliga club FC Koln at the Emirates Stadium on 14 September. European football’s governing body has announced that it has appointed an Ethics and Disciplinary inspector to oversee the case.

Koln have been charged with four separate breaches of discipline as thousands of fans arrived at the stadium without tickets which resulted in the match being delayed by an hour. Arsenal were also charged over blocked stairways at the Emirates.