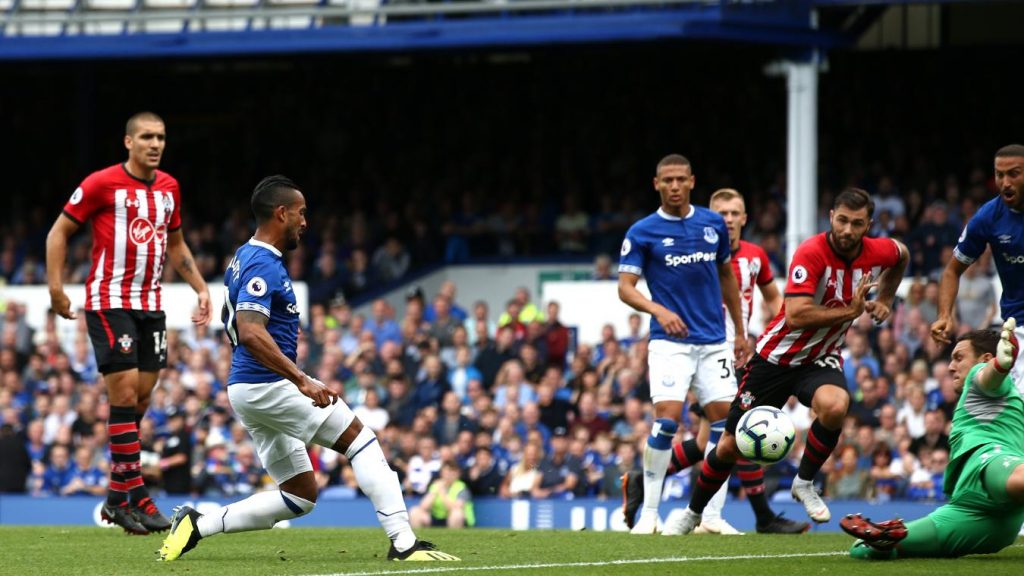 Everton picked up a 2-1 win over Southampton yesterday thanks to goals from Theo Walcott and Richarlison.

The Brazilian forward continued his impressive start to life at Everton with another well-taken goal. Richarlison has now scored 3 goals in his 2 appearances for the Toffees.

Apart from his goals, Richarlison’s link-up play and defending from the front has been exemplary.

The 21-year-old has worked very hard in his last two games and the Everton fans seem quite impressed with their new signing.

Marco Silva splashed the cash on the former Watford man this summer and he will be delighted to see that the move has paid off so far.

It will be interesting to see if the attacker can continue this run of form for a while now. If Richarlison keeps performing this way, he could certainly help Everton challenge for the European places this season.

Here is how the Everton faithful reacted to Richarlison’s display against Southampton yesterday.

@richarlison is the man …blues the boy is changing the game

Welcome to Everton already a legend

Richarlison is going to be an Everton legend. There. I’ve said it. Mock me if you want ?@richarlison97 #EFCMATCHDAY

I love Everton. Because my dad made me. BUT. I still think they’re great. I love richarlison, because he’s fucking boss. BUT I love Liverpool too. I love it when they win. And I love it when everton win too. I suppose I’m drunk an I just support the whole city YNWACOYB