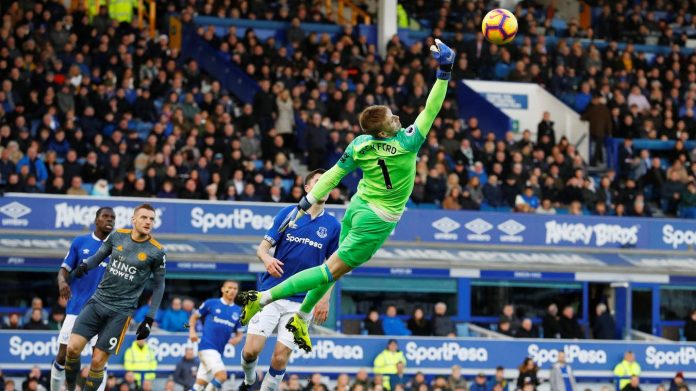 Everton crashed to a 1-0 defeat against Leicester City in the Premier League last night.

The Toffees failed to create too many chances against the Foxes and they were punished after an individual error from Michael Keane in the second half.

Jamie Vardy took advantage of the defender’s miscontrol and found the net around the hour mark.

Marco Silva will be bitterly disappointed with his side’s performances so far. Despite spending heavily in the summer, Everton are 10th in the standings with just 27 points from 21 games.

The fans would have expected a lot more from the players and it will be interesting to see if the Toffees can bounce back in their next game.

Everton fans took to Twitter to share their thoughts on Michael Keane’s performance against Leicester City last night. They weren’t too impressed with the centre back’s showing.

Michael Keane is one of the worst footballers about

Michael Keane against any player with pace pic.twitter.com/zsi6wq2twn

We need a right winger, right back and fuck Michael Keane

Michael Keane, he’s been good today but that was bad. Fuck right off Everton!….

Michael Keane must go down as Everton’s worst ever signing