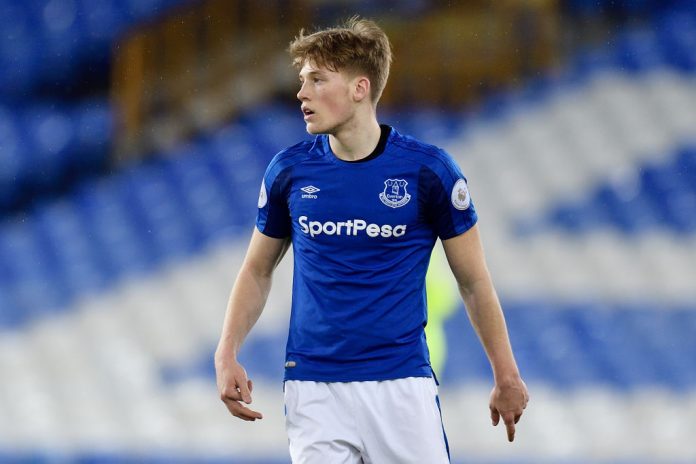 Everton have had a really quiet January transfer window with the Toffees failing to sign any player this month.

The Toffees have confirmed today that centre-back Lewis Gibson has penned a new deal that will keep him at the Merseyside club till 2022.

He has immediately joined League One side Fleetwood Town on loan for the remainder of the campaign after signing a two-and-a-half-year deal.

Many Everton fans have taken to social networking site Twitter to express their reaction after the club confirmed the news. Here are some of the selected tweets:

This is a perfect move.

Full season on loan at a championship club next season, then into our squad/team for the following season.. 👍🏻

The 19-year-old signed for the Toffees from Newcastle United in 2017.

He is a highly-rated central defender and established himself as a key figure in Everton’s Under-23 side.

A move away from the club will be beneficial for the youngster who will get regular games this season. He will be hoping to do well in League One and make a positive impression on Carlo Ancelotti.