Everton are plotting a move for the Sporting Lisbon midfielder William Carvalho in January.

The Toffees are preparing a £31million bid for Sporting Lisbon midfielder. Apparently, Koeman believes that the Portuguese international would be ideal for his midfield. 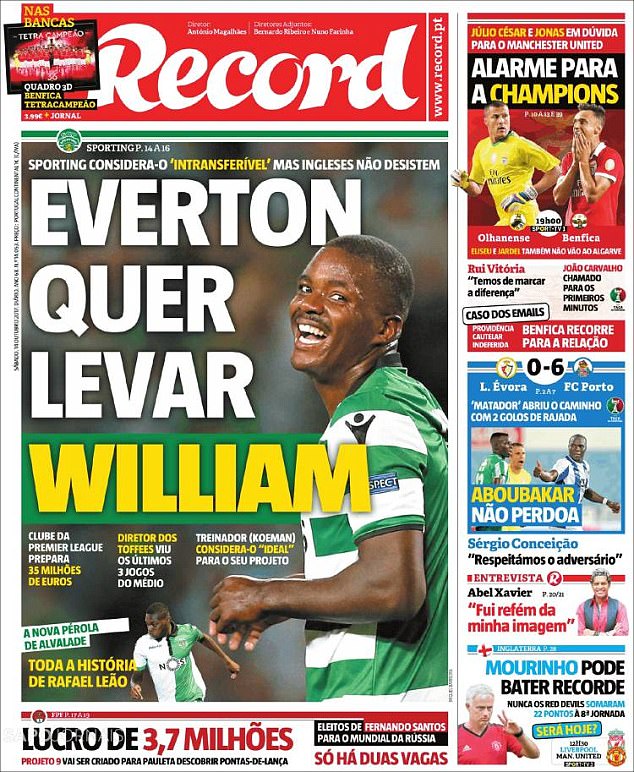 Everton already have two good defensive midfielders in Gueye and Schneiderlin. Therefore, signing the Euro 2016 winner for that kind of money would be a waste.

The Merseyside outfit are in desperate need of a winger, a metronome and a striker. Everton have failed to replace Lukaku properly and if they spent the £31million on a forward in January, they would certainly improve a lot.

Splashing the cash on another defensive midfielder would be a major mistake from Koeman. He already spent a lot of money on attacking midfielders and his side are now overstocked in that position.

Everton are close to the relegation zone after a very poor start to their season and Koeman is under a lot of pressure right now. The Dutchman cannot afford to make another transfer mistake this season.

It will be interesting to see how Sporting react to the offer once it is submitted. Reports claim that the Portuguese club don’t want to sell the player.